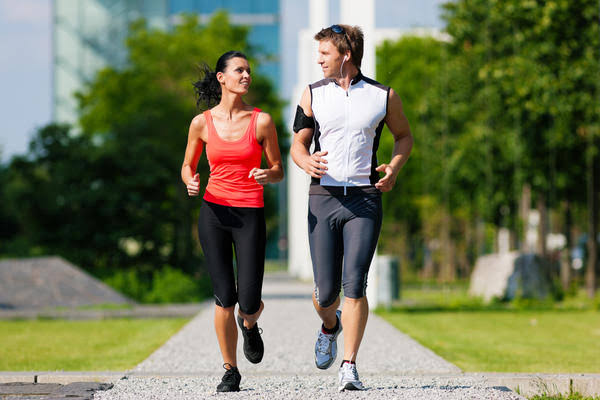 Since, by the time you read these words, the Season to be jolly will be well underway, it seems a little Scrooge-esque to look forward to January.But the fact is that all of the extra pounds we’re all sure to pile on over the festive period have got to be gotten rid of somehow – and that means a period of thrift and exercise during the New Year.

This might conjure an image of a determined, though unenthusiastic, jogger rising at the crack of dawn to wander the frost-covered streets before drinking down five raw eggs, Rocky-style.But such severe fitness plans rarely yield long-term results for most of us.We’re looking to lose weight, after all – not atone for some heinous sin.

A better approach is to find something that’s fun and engaging, and that you’ll want to continue long into February, and even March.Perhaps you’ll even find something that you enjoy so much that you’ll pursue it for an entire year and beyond.Once you’ve discovered such a hobby, you need never worry about controlling your weight ever again!

Of course, while exercise is essential to good health, it’s a mere companion to the real star of the weight-loss show; the right diet.It’s not sufficient to simply move around a little and then eat to excess; you’ll need to also find a way to cut the liquid sugars and hydrogenated fats from your diet, too.

With that said, let’s take a look at some of the exercise you might be getting in 2017.

Walking is an excellent way to get and stay active.This is so for several reasons.The first and most important is that it’s universal:almost everyone can do it without instruction.If you’re reading this, the chances are that there’s nothing preventing you from getting up and walking around the block right now.

The second point in favour of walking is that it’s low-intensity.You’re not going to be enormous stressed while you’re doing it – in fact, the release of endorphins and the fresh air that come with this form of exercise mean that it’s a great way to relieve stress.

The third point is slightly more conditional – walking is inexpensive when compared with other forms of exercise, but investing in the right great does go a way toward improving the experience.The right set of boots will help last over many hundreds of miles, and will keep painful blisters and the like at bay.

If you’d like to dial things up a notch from walking, then you might consider running.It comes with all of the same advantages as walking, except that it’s more high-intensity.For many, the transition between walking and jogging is a difficult one – as jogging just seems far more intense than walking ever could be.

If you’re such a person, then you might consider an interval training scheme.These require would-be joggers to alternate between walking and jogging over the course of a session, with the emphasis gradually shifting to the latter until you’re spending the entire time jogging.You might do this with a stopwatch, splitting the session between walking and jogging by time.Or you might use a heart-rate monitor to keep track of your exertion, and switch back to walking when your heartbeat reaches a certain threshold, and vice versa.Ideally, you’ll want to monitor your progress and build toward a long-term goal – that way you’ll be able to see what incremental improvements you need to make every time you go out for a run.

Perhaps the third most popular form of exercise, besides the ones we’ve already mentioned, is cycling.As well as providing you with a means of seeing the countryside, and getting fit in the process, cycling will also allow you to get to and from work without spending money on petrol or polluting the atmosphere.

Naturally, you’ll need to invest in a series of potentially expensive items to get the best from your cycling experience.This includes the bicycle itself, as well as a helmet and a few other functional items.

If you’re going to be going to a cycle through the muddy forest during winter, then you’ll need a means of protecting your car from all that mud when you transport your bike back home.Car boot liners provide a great means of doing this; you’ll find ford, Mercedes and Range Rover boot liners online.