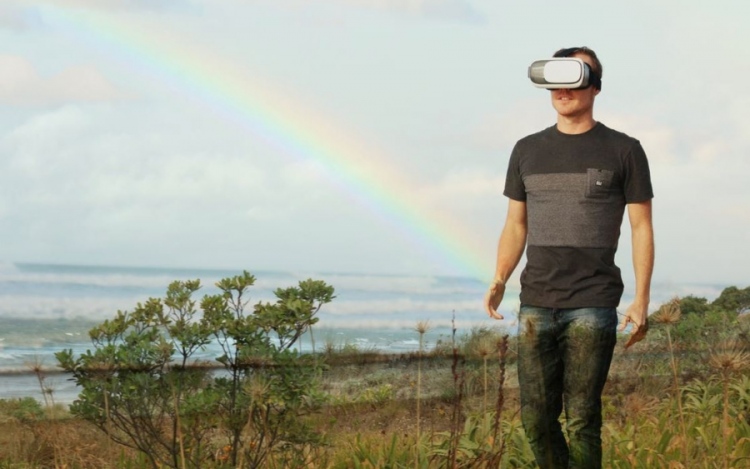 Once little more than a buzzword, products like Oculus Rift and Samsung’s Gear VR have turned virtual reality into a fully realized technology. Each iteration pushes VR tech closer and closer to mass affordability the same way that personal computers and video game consoles did through the 90’s into the early 2000’s. While early designs hyped VR as the next step in visual entertainment, commercial applications are what ultimately will give virtual reality its staying power. While VR is still in its early release stages, many businesses have found exciting and innovative ways to implement it.

The tourism industry underwent some startling demographic changes over the past few decades. Thanks largely to the advent of online booking and travel websites, the once thriving industry of travel agencies has declined steadily. In the U.S. alone, the number of travel agents dropped from 124,000 to around 74,000 from 2000 to 2014. That said, budget airlines mean more people than ever are traveling, , making it a market ripe for innovation.

While older aspects of the industry remain in decline, travel agencies have found ways to adapt to this consumer-empowered paradigm, with one of the most interesting developments being virtual reality tourism . VR enables agents to show customers a fully realized view of their hotel room, out of the way tourist spots, and other amenities in a way that photos simply can’t capture. Virtual reality’s use in tourism is actually twofold, as destinations have incorporated it as well. Museums in the U.S. and elsewhere have begun to incorporate VR experiences into their exhibits, allowing visitors to, say, view a detailed simulation of an ancient temple alongside real artifacts.

With online shopping rapidly displacing brick-and-mortar storefronts, e-commerce retailers continually look for ways to incorporate technology into their sales pitch. This has led to the rise of the virtual showroom. Retailers no longer need to rent massive spaces to show off the full extent of their inventory, as VR allows customers to peruse highly detailed but entirely digital representations of products.

Another advantage of virtual reality for retail is that it offers customers a new way to get their much desired hands-on, “try before you buy” experience. This is especially useful for larger purchases like vehicles or home improvement projects. For example, virtual reality spas can be created entirely in a VR environment, allowing homeowners to fully customize their personal hydrotherapy setup before ever installing a thing. Similarly, auto manufacturers like Audi use VR headsets to create virtual test drives which are further enhanced by the ability to customize vehicle details like paint and interior options within the simulation.

One obvious use for VR is as a training tool. Pilot training facilities have long made use of video game-like training modules, but these now antiquated software and hardware packages hardly compare to what is now achievable with VR. The clearest benefit of this is that workers in industries that require dangerous or costly training can complete it in a virtual environment, allowing for a broader pool of employees to receive training safely and at a lower cost.

This has been especially beneficial for those hoping to enter trades like HVAC repair, electrical work, plumbing, and other lucrative industries. Typically, working in these fields requires long periods of apprenticing and finding such opportunities can be difficult. Thanks to VR, however, trade workers can now get realistic training more readily and, as an added bonus, without having to practice on expensive materials. This is especially true for intricate trade skills like welding.

Creating a new product or method is naturally a lengthy process of trial and error. This can prove not only time consuming but also prohibitively expensive for smaller companies, as experimentation traditionally requires working with raw materials. Thankfully, as VR tech has improved, so too has the quality of simulations it can produce, therefore enabling researchers to extract more real-world accurate information from simulated tests of their designs.

Architects can experiment with revolutionary designs, unique material mixes, and other processes in a completely safe VR environment and receive accurate data on the feasibility and structural integrity of their designs. Likewise, customers who have commissioned a structure can take a virtual tour of the prospective structure, allowing for on-the-fly tweaks before ground is ever broken.

The healthcare industry is always evolving and this has proved increasingly challenging as ethics evolve. Testing experimental or unproven medicines, surgical techniques, and new therapies on actual people isn’t viable and animal testing is both controversial and doesn’t always provide information that is translatable to human anatomy. Thankfully, VR gives the healthcare industry a practical alternative.

Using realistic virtual environments and VR models of the human body, doctors, nurses, and other healthcare professionals acquire valuable insight without having to work on a real person. VR is not just useful for training fresh medical students, as it also provides a place for experienced doctors and surgeons to test new methods or practice cutting-edge procedures before implementing them in the real world. As VR technology continues to improve its ability to simulate human anatomy, it may even provide a place for doctors to test medicines.

It’s undeniable that face-to-face meetings are no longer the standard. Both in your professional and personal relationships, programs and platforms like Skype, Facebook messenger, and even texting have all overcome the geographical inconvenience of meeting in person. That said, something is lost when carrying communications over to a purely digital environment. Because of this, businesses are finding ways to use VR to improve things like teleconferencing and remote work.

VR has dramatically improved the quality and versatility of the video conference. By creating a virtual space for colleagues across the country to meet, VR overcomes the disconnected feeling that comes with less personal forms of digital communication. Likewise, it enables employees to carry out more detailed and realistic presentations, conferences, training sessions, and other meetings that simply don’t work in text-based communication programs and bare-bones video conferencing platforms.

With each generation of hardware, VR tech becomes more affordable. Before long, it will be the industry standard through which cross-country meetings are held, customers browse inventory, and companies develop new products. While VR enthusiasts and manufacturers alike will continue to pursue its entertainment potential, VR’s staying power ultimately rests in the dynamic uses it’s found in the business world.