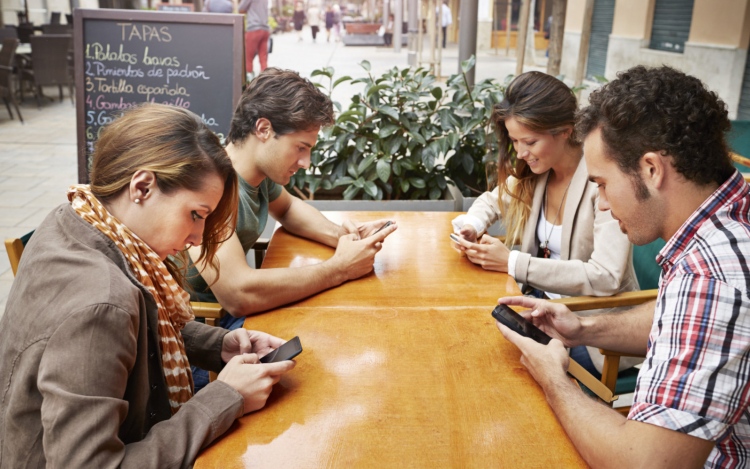 Call them whatever you want, mobile phones, cell phones or smartphones. But it is thanks to these gadgets that we have been able to get in touch with family and friends from all over the world. Like everything, there have been good phones and there have been the bad ones.

In this article, we will be looking down at some of the worst models that had ever made it to the stores. As much as we don’t want to do this, we should give future phone holders an idea about the difference between quality and trash.

So if you’re new to the world of phones, just stay away from these mistakes of the modern world.

Let’s be honest; what do you see right there? Does that look like a phone to you? It appears to be a sorry excuse of a game console, which actually it was back in the day. The N-Cage was a sad attempt to lure Game Boy Advance gamers away.

Even with the added mobile phone function, it was unable to do so. The design was crooked and the user experience was just frustrating, to say the least. Thank 2005 for being the final year where we never had to see this monstrosity ever again.

It’s a shame there isn’t a reset button to make us forget about the accident known as Nokia 7600. The design was one of a kind back then, but not to the point where it stood out. It even felt weirder to use. We had to use both hands in order to text or use the menu.

If the name didn’t give it away, then we’ll help you out. Flipout was just one of those models that were trying to integrate a touchscreen with a keypad that could flip from the back. The idea was fun actually, but the real disappointment came with the phone itself.

The screen was so small that it was hard to even get to work unless we had tiny fingers to use it.

With the iTunes popularity shooting up like a volcano; many other brands had sought to outdo Apple at its own game. Even if it meant taking a page out of Apple’s book like Motorola did with the Rokr E1 model.

The phone was making use of the licensed iTunes music player. But the downside came with the total number of songs that it could store, which was no more than a 100. A more devastating blow came when Apple launched an even smaller device called the iPod Nano, which was capable of storing up to 4 GB of music.

If compact powder was the first thing that came to your mind when you saw this image, then you hit the home run. No matter what Xelibri did, nothing actually screamed fashionable about this. Apart from the high prices, the design felt really off.

Even with a good brand like Siemens as well as expensive advertising didn’t do anything to lift this product off the ground. Laughably, the brand only appeared on the battery cover of the phone. The interface was lame and the usability is disgraceful at best.

Even the great Microsoft had its bad days and this was one of the worst. Everything from the design to its user experience felt flat on the floor. It was supposed to revolutionize social networking and messaging, but it really didn’t click. As a matter of fact, Microsoft’s own focus groups were appalled by it.

Add that to poor sales and you have a huge clutter of a mess right there.

We apologize for what you had to read and see in this piece, but we hope that this made you a smarter person when it comes to phones and quality.

Kate Martin works as a social analyst at My Assignment Help Deal. She is always ahead of her game when it comes to new tech and social networking. You can follow her on Facebook | Twitter | Google+.