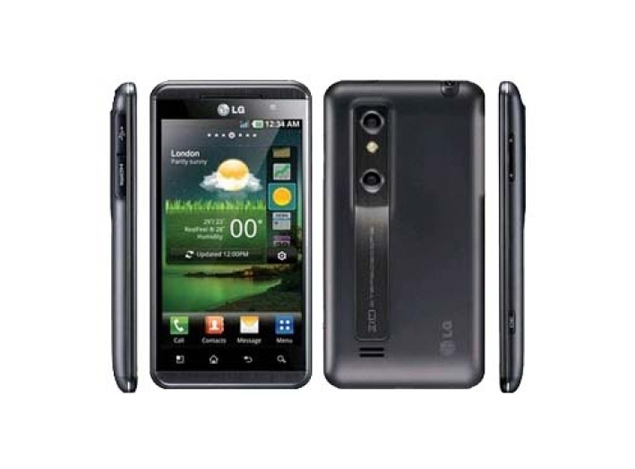 The smartphone industry is continuously refining itself and redefining the boundaries with changes and enhancements, like sleek design, integrated sensors, full HD video playback and more. An increasing number of people are getting sick with the iPhone. Antenna issues, Apple’s draconian rules and the intentional omission of several common technologies, such as Flash, make Cupertino a little easy to dislike. Luckily, a horde of smartphones under the Android banner have enriched the phone industry since the past few years. Unlike early Android phones, these devices are no longer iPhone-wannabes. A collection of innovations, like mobile 3D, dual-screen and high performance processors, bring things that are entirely unique to the highly competitive market.

Finally, the 3D craze reaches the phone industry with the upcoming arrival of LG Optimus 3D, the first ever 3D smartphone. You don’t need to wear special glasses anywhere you go, just look at the 4.3” LCD display and watch 3D contents come to life. As if that isn’t enough, the phone will be equipped with two 5-megapixel rear-facing cameras, which can capture 1080p 3D videos. You can replay it on the phone or send it via HDMI to a 3D TV. However, some people argue that 3D TV is still technologically questionable, which make a 3D smartphone is somewhat comically frivolous. The extra depth of the screen may make the phone more difficult to use and small 3D screen may make the technology lacks a punch. The device was announced on the Mobile World Congress recently, so both availability and price remain unknown at the time being.

If you plug this phone into an optional dock and turn it into a 13” netbook, which includes a separate battery, physical keyboard and a full-size screen. Unfortunately, the complete set can cost you more than $500, quite expensive considering that an Intel Atom netbook with Windows 7 is now available at $350. Motorola Atrix 4G can be preordered at AT&T since last month at February and it will be available for the consumers at March 6. The phone itself (without the dock and other accessories) runs for nearly $200 with a 2-year contract.

A 3.5” phone like Kyocera Echo can be a little cramped sometimes, but if you slide it apart, another screen will rise up, giving you a combined 4.7” LCD screen. The dual-screen configuration allows you to browse two websites side-by-site. You can also manage e-mails in one screen while listening to music from another screen. When playing games, you can also use one screen as a virtual controller, while using another screen for playing. Unfortunately, very few Android apps support dual-screen configuration right off the bat. Additionally, turning on both screens at the same time will significantly reduce battery life. You can pre-order Echo on Sprint in the end of March, which will be shipped on spring and available at $199 with contract.

It offers a whopping 4.5” Super AMOLED screen and a thin chassis. The Infuse 4G can be considered as both the thinnest and largest smartphone in AT&T’s portfolio. It supports both high-speed 4G connection and the ability to shoot 1080p videos. It is still remain to be seen whether the large screen will be practical for phone users, however, if you treat it as a “mini tablet”, the Samsung Infuse 4G is definitely attractive, The phone will be available in the middle of 2011 on the AT&T network.

HTC Thunderbolt is Verizon’s first LTE (4G) phone, which also supports Skype Video. With 4G technology, you don’t need to clamber around to get a hi-speed hotspot when you need to use videoconference or being limited to friend and families when using FaceTime. It packs an 8-megapixel camera and a large 4.3” LCD display. You can consider HTC Thunderbolt as a warmed-over Verizon’s EVO 4G and definitely it is not such a bad idea after all. Previously, it was rumored that ThunderBolt would be released on Valentine last month. But until early March, there is no definite ETA yet.

It is world’s first smartphone with dual-core processor, boasting the Nvidia Tegra 2 processor which allows 1080p video capture, heavy multitasking and fluid gaming. It built-in HDMI output allows you to easily hook up Optimus 2x to a TV an watch 1080p videos on big screen. However, developers need to modify their current apps to take a full advantage of the dual-core processor, it means running typical Android apps on LG Optimus 2x may not yield significant performance gain in some cases. The phone will be launched as a “World Phone”. It can only be purchased online, without a contract, which means you need to pay a full price for the phone.