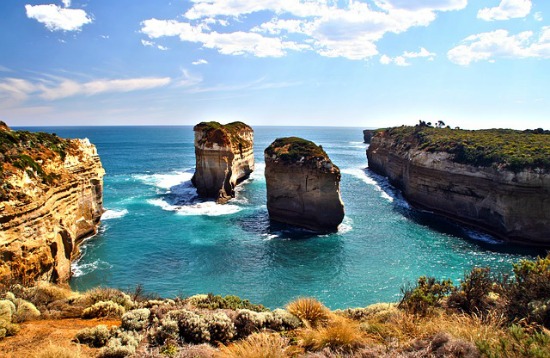 The United Kingdom is one of the most prosperous and culturally diverse countries on the face of the earth, and has an enormous amount to offer. On the other hand, the same can be said of a great many other places in the world, and so hundreds of thousands of us decide every year that we’d like to relocate to pastures new.

If you’re considering packing your bags and moving elsewhere, then there are few places more worthy of consideration than Australia. That’s why it’s the most popular destination of all for British Expats! With moving to Australia from the UK being such a popular option, let’s run through some of the reasons we might choose to up sticks and relocate down under.

For those considering moving house, one of the main sources of stress is the possibility that there’ll be a great many new things to adjust to. This is especially so if you’re crossing national borders, or even crossing from one language into another. When you’re moving to Australia, however, this problem isn’t quite so pressing – Australians speak English (or at least, a version of it), and so if you can understand this article, you’ll be able to get by down under.

Australia is an Immigration Nation

As much as anything else, Australia is a nation of immigrants. Of all of the people who currently live there, the vast majority come from stock that arrived on Australian shores within the past few centuries. While this might not mean that everyone in the country shares the same generous attitude toward outsiders, you can be sure that you’ll find other immigrants from across the world in population centres like Sydney and Melbourne.

In Australia, skilled professionals like electricians are paid considerably more than their counterparts elsewhere in the world. If you’re a member of such a profession, and your skills are among those that the Australian immigration policy is looking for, then you’ll make yourself better off financially by making the switch to the other side of the planet.

As well as being home to an extraordinary diversity of people, Australia’s borders contain a stunning variety of wildlife and landscapes. In the country’s north, for example, you’ll find vibrant rainforests that are packed with flora and fauna. In the famous outback, on the other hand, you’ll find wildlife of a different kind – and it’s among the world’s great wildernesses. Of course, we couldn’t fail to mention the famous Great Barrier Reef, one of the world’s greatest natural wonders. If you’re looking for stunning things to see, then Australia has them in abundance.

If you’re looking to escape the hustle-bustle of a working life in the United Kingdom, then you’ll find the Australian approach to things remarkably easy-going. Consequently, the country is the perfect destination for those looking to enjoy a retirement – or enjoy working in an environment that’s rewarding, and enjoying a culture that’s relaxed.

Australia, covering such a large area, boasts a tremendously varied climate. But during the summer, you’ll be able to enjoy temperatures that are on a rough par with those in the UK, with daytime temperatures of at least twenty degrees in the summer – and often far higher. If you’re looking for a climate that’s slightly warmer than you’ll find on this side of the world, then Australia is the place to seek it out!

Australia is easy to move to

In the UK, a great deal of mention has been recently made of Australia’s ‘points based’ immigration system. This system judges prospective immigrants based on the contribution that they might make to Australia society, and the extent to which Australia requires their skills. Though this system might seem a little bit brutal from the outside, it’s not as hard to navigate as one might think – given the right attributes, there’s no reason that you won’t be able to get through and become an Australian citizen!

New Zealand is nearby!

If, for whatever reason, Australia doesn’t provide the appeal necessary to persuade you to back your belongings and head there, then why not consider one of its near neighbours, New Zealand? The two islands are crammed with great people to meet and scenery to enjoy, and it’s responsible for popular cultural exports like the landscape of the Lord of the Rings and the music of Flight of the Concords. New Zealand Visas for UK citizens are remarkably easy to come by – so why not consider a permanent stay there?