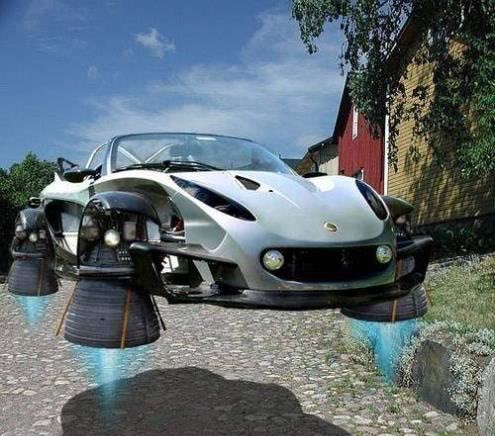 Transportation is known for changing dramatically over the decades. From horses and carriages to bullet trains and airplanes, we’re now able to move around much more quickly. Of course, there are always concerns about transportation, such as safety, fuel efficiency, or cost-effectiveness.

Inventors are constantly working on improving transportation as much as possible. In the past, we’ve seen some great leaps made in the area of transportation. It’s not just about the vehicles, but the way in which people choose to utilize them. For instance, we have now gone from avoiding strangers altogether to calling them up and getting into their car. After all, this is what Uber runs on.

According to some experts, however, transport has evolved pretty slowly. It does take time and expense in getting used to new forms of transportation. However, with technology moving as rapidly as it is, we can expect to see major changes in transport within the next thirty years.

When it comes to the future, the more prepared we are the better. Hence, below is a discussion of how transportation would probably change by the year 2050. Read on for a glimpse into the future, where you may be traveling like never before!

Many futurologists and engineers state that in around a decade from now, driverless transportation would become prevalent. Basically, we would mostly travel in smart cars with an Uber-like system. We would get in, and the car would take us to our chosen destination.

This mode of transport is the most commonly predicted face of future transport. Perhaps this is due to the success of programs like Google maps and the popular Uber concept. Driverless cars may seem a strange concept now, but so did any online dissertation writing service.

Driverless cars are also a popular and worked-on concept because of the safety factor. These cars are likely to be in touch with each other, and can hence avoid collisions just like planes do.

However, futurologists also predict that perhaps people would be able to have their own driverless cars by 2050. In fact, the concept would become so normal by then that they would seem like everyday objects. Hopefully, they would even be cheap enough to replace without a blink.

One reason for their envisioned economical value is that they may have no wheels. They may run on magnetic levitation. This is a technology patented back in the early 20th century.

By 2025, Hyperloop systems would most likely be in place and all set to run. Startup companies are raring to begin this transportation system. Basically, the Hyperloop would be a sort of subway using pods instead of trains. They would travel between destinations at extremely high speeds. It is estimated that their average speed would be upward of 500 miles per hour.

Hyperloop technologies are planning to build no less than three of these systems by the year 2020. In fact, a five-mile test track may already be in existence. By 2050, we may expect to be taking Hyperloops for our jobs in another city or state. This is, of course, based upon the success, cost, and fuel efficiency of the Hyperloop.

This is the sort of transportation that many people dream about. It would mean a direct shift in our work and personal lives. For instance, people would not have to uproot their lives in one place if they got transferred to another city. It may mean a longer commute, but many are handling those anyway.

The hyperloop would also mean that people could travel to see their loved ones much faster. This would hopefully mean stronger relationships and a united family system.

The first thing most people think about when future transportation comes to mind is flying cars. It’s not surprising, given that several sci-fi novels have covers with flying cars. Plus, almost every movie about the future has some form of the personal flying vehicle involved.

Of course, flying cars are now not such a far-off reality. The AeroMobil 3.0, a flying car prototype, was unveiled in Vienna. This was in 2014, during the Pioneers Festival.

Experts hold up this prototype as a sign that flying cars would be there in the future. However, they may not be such a popular means of transportation. In 2050, you may hope to own a flying car, but it might be illegal to use one expect in specific areas. They just might be used for the future of drag racing, for instance.

This is because flying cars present a lot of safety concerns. Since there are no roads in the air, the chances of collision would definitely increase. Plus, futurologists such as Ian Pearson state that these self-flying cars would perhaps not be able to zip about like we see in the movies. He also added that the cars would be driverless, much like drones.

Hypersonic jets may be available for travel by 2045. However, just like jets are for the wealthy now, the cost of hypersonic travel may also limit it to the top 1% in the future as well. Needless to say, this is a form of transportation that could literally zip you from one place to another.

In fact, a patent was recently approved for Airbus that could take on from London to New York in an hour. This obviously would mean a lot for those who have to travel for business as well as for pleasure.

Of course, with all the flying and levitating vehicles around, we would need some high parking space. Hence, there are predictions which say that tall building would be constructed by 2050. These would be amazingly strong construction, mostly carbon-based. Their height would be around eighteen to twenty-four miles, and they would be used for holding spaceports.

The word ‘spaceports’ is obviously derived from airports. While it may seem strange to think of airports in the air, we can assume that building material in the future would be able to withstand them. These ports would be a much better way of launching spacecraft than having them take off from the ground each time. Since space travel would hopefully become more common, we need to think about the practicalities of this futuristic concept.

By 2045, it is expected that the London Spaceport would come into being. Launching spacecraft from high in the air would not only be easier but actually cost less. We hope to be seeing spacecraft taking off from atop a tall London building in our lifetime.

Airplanes and airlines have certainly evolved at quite a fast rate. While a physical ticket was precious before, all you need to do now is show a soft copy on your phone. Plus, planes are becoming faster and faster, making it easy for even the common man to reach global destinations in record time.

However, the planes themselves have remained the same since we can remember. Perhaps the seats have gotten smaller and the food even worse than before. Now, however, we may look forward to sitting on a plane with no windows!

This may come as a huge shock and disappointment to many passengers, but there’s a reason behind it. Since we want our air travel to be faster, these windows have to go. Experts say that doing away with windows is a way to make airplanes stronger and more able to withstand faster speeds.

It’s probably just as well since airplane windows don’t really do much for safety measures. After all, you can just punch one and crawl out if things aren’t looking too good up there, right?

For those who really want windows for viewing purposes, all is not lost. It is highly probable that the windows would be replaced by screens. These could accurately reflect just what is going on outside. However, these would take quite a lot of maintenance and may end up increasing air travel costs. So it’s probably better to sleep on the plane when traveling in 2050.

One very positive trend of transportation is that it is becoming more environmentally aware. With fossil fuels dwindling faster and faster every day, we need an alternative for our fuel needs.

The traditional vehicles running on petrol and gas would hopefully decline in number. In their place, hybrid vehicles or those with alternative fuel sources would spring up. Some may scoff at such an idea, but we did move on from coal trains. We can make a complete shift away from fossil fuel usage by using electricity and hybrid power sources instead.

There are now means to store human power as well as solar energy. We may look forward to having the solar panel on our cars or cycling at night to power our car in the morning.  This would not only save the environment but also our fuel costs. We’re sure everyone would thank their stars for this change!

It is estimated that 2020 would bring forward a new industry; that of self-illuminating highways. We may do away with conventional reflectors and simply switch to roads that glow in the dark. This would also save on electricity costs for streetlights.

Added to this is the high levels of safety that glowing roads provide. You would be able to see the cars around you even if they have their headlights off. In fact, there might be no need for headlights either. If you’ve ever been blinded by high-beam lights on a car, you would be immensely thankful for this shift.

With no streetlights and headlights, the night scene in cities would undergo a major change. In short, we may not even recognize our everyday route in a decade or so.

When a certain form of transportation becomes common, it also becomes much cheaper. This is because factories would seek out ways to automate the process of building the new kinds of vehicles. There would eventually be more competition entering the market, bringing transportation costs down even further.

Hence, in 2050, it just may be that transportation is relatively much cheaper than it is today. With the usage of binary power, the cost and weight of 2050 vehicles would be greatly reduced. This follows that even with the added profit; the resulting product would be cheaper to the final customer.

Hence, the transportation industry itself would go through a major change. Buying a car is a major investment now, but it might not be so in the future. In fact, even children may be allowed on driverless cars if and when they become the norm. It is even estimated that the cost of the average vehicle may be below five thousand dollars!

Frictionless vehicles and binary power are all set to rule the roost when it comes to the future of technology. Since humanity wants freedom in travel but also crave control, current automotive technology has way too many restrictions for our liking.

These concepts of freedom and control are what drive inventors and engineers to creating new kinds of transportation for us. We are now very close to realizing a future where we could travel immense distances at high speed and low cost.  If a mode of transportation does not give us all that, it would probably not be a success.

An added benefit and aim of future transportation should also be to assist the ones who are limited when it comes to transport. This could be families with young children, the elderly, the visually, mentally, and physically impaired.

Hence, it is high time that we started paying attention to what the future of transport could bring to us. It’s the only way we would be able to avoid the culture shock or feeling of panic when we have to adapt to new things.

Hopefully, with the advent of driverless transport and levitating vehicles, we could look forward to a better future. The Internet of Things does include our cars, so we can hope for our vehicles to consult our appliances to have the most convenient life possible!