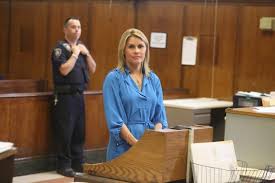 Alec Baldwin testified in court recently regarding a stalker that he had been having some problems with. The “30 Rock” actor testified against actress Genevieve Sabourin, 41, to 210 days in jail for five counts of stalking and harrassing. Sabourin said that she had a sexual encounter with Baldwin. He claimed that there was no romantic relationship whatsoever. The trial lasted for three days, with the judge issuing a restraining order against Sabourin, and forbidding her to make contact with either Alec Baldwin, or his wife Halaria. This protective order is to last for five years. “Now that it’s finally over, we feel safe, relieved and happy to move forward,” Halaria Baldwin said.

The wife of Alec Baldwin also expressed her gratitude to the district attorney in the case, Zachary Stendig as well as the judge in the trial. Now, the stalker has been sent to jail for the better part of a year. Sabourin met Baldwin during a shoot in 2002. His wife at the time was another actress, Kim Basinger. Sabourin says he gave her his telephone number and promised her lots of breakfasts including “omelets every morning.” She also claims that Baldwin took her to dinner and to a theater production in Manhattan. She says they had sex in a hotel room and he made promises to her.

“I make the best omelets in the world, and I’d be happy to make you omelets every morning for the rest of your life,” Sabourin testified, quoting those words as Alec Baldwins. She was very vocal in the courtroom and even shouted, “you’re lying,” at the actor, and repeatedly interrupted him. The court sentenced her to thirty additional days for contempt. Sabourin tried to visit Alec Baldwin in his apartment in Manhattan and was arrested by the New York Police Department on April 8th of 2012. His wife told the doorman that he was a stalker, and the doorman also said that Sabourin called Baldwin’s wife a prostitute. Baldwin says the two had dinner just once in 2010, and that was the end of their relationship.