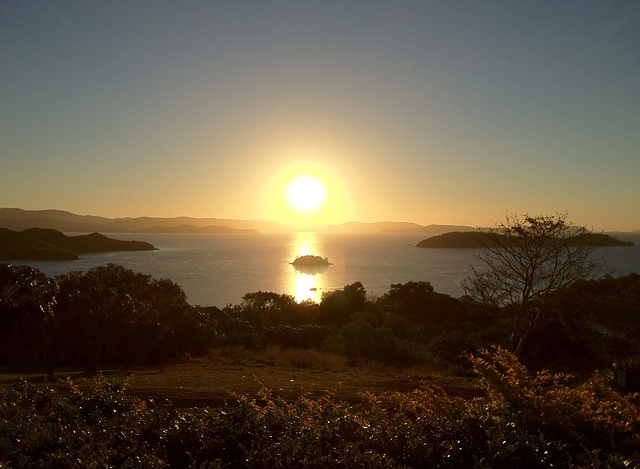 Australian researchers from Griffith University have discovered an entirely new method of harvesting light energy and harnessing it for practical use, just like any other form of energy. This is done by extending the way the UV light can be absorbed and replicating the wavelength of light which can be seen. This technique could someday lead to the development of a brand new category of more composite materials that can handle light harvesting and its electronics.

The success of this mechanism could see the solar panel industry get a boost in the manufacturing of highly efficient solar cells as well as better water purification systems with the use of light. The most interesting part of this whole development is that the researchers have already refined this process, making a seemingly sci-fi concept a reality. This will make the UV light absorbing materials able to tap into the visible light by bandgap narrowing.

Since most of the solar energy used is contributed by the visible light as compared to UV light, this process has a high chance of success. The researchers have majored their efforts on improving the efficiency of titanium oxide (also known as ‘titania’ and TiO2) in absorbing the visible light. This material also makes up the visible light sensing material.

They obtain this material at very high temperatures as well as chemically mixing several compounds. It was found out that when the particles of TiO2 got combined with graphene quantum dots, the outcome was visible light absorbing. This is achieved by the technic of narrowing the quantum-confined bandgap.

Additionally, they found out that the product of TiO2 and graphene not only absorbed the visible light, but the graphene-quantum dots could be perfectly used in tuning the bandgap size. This is the origin of the name ‘quantum-confined bandgap narrowing’.

This is a mechanism that not only applies in this scenario, but is also applicable in other types of semiconductors. Whenever the semiconductors are in any way joined with graphene quantum dots, the results of this research can be obtained too.

For the devices made from semiconductors, in order to get the desired bandgap, keen and flexible tuning needs to be paramount. This way, better use of the devices could be obtained in such a way that was not thought of as being scientifically plausible not too long ago.

Thanks to the great work that the Australian research team tirelessly worked toward, it is now possible to do a variety of new and interesting things with the use of solar energy. This has also solved and brought about a new technic of purifying water to make it even safer and convenient to use at home.

In general, solar energy is considered to be the most valuable pollutant free source of energy that could be used by everybody. Now, with the help of the researcher who wanted to make a difference, they have proven that it’s possible to not only harvest the UV light, but also the visible light as well. With this change and growth in technology, more solar energy can be put into very useful and important work.