Has the Kindle finally reached that stage where it can finally be replace books? The answer may not be affirmative yet but one thing’s true Amazon for years has been trying to make kindle experience as similar to books as possible. Legibility of the text has been improved to make it look more like printed text.  Ergonomics of Kindle Oasis has been also changed to make it feel more like holding spine of the book.

Amazon recently made a change to Kindle’s software that solves a small issue with navigating the kindle. They claim that they have made feel more like navigating a print book. They have upgraded the software to mimic the habit of using a thumb to mark the page where the reader stopped reading. 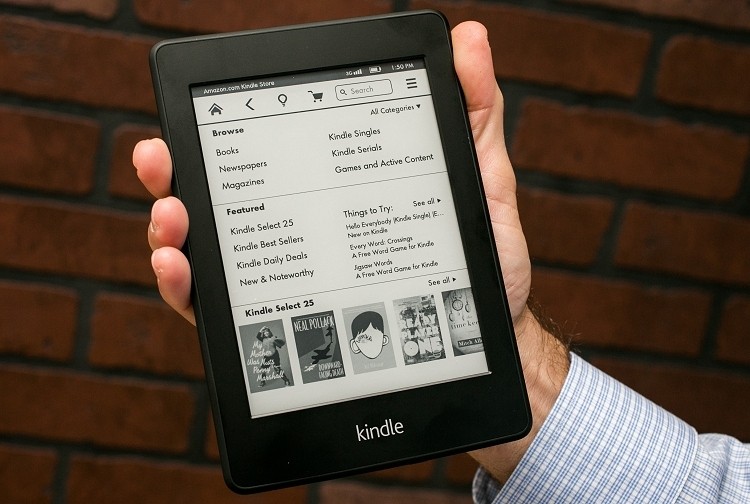 The new feature in kindle ‘page flip’ is made especially for those times when you have to refer to a previous page to understand the next like maps, photographs or family trees can be referred to. It’s said that this feature is particularly important for reading non fiction and also helps in reading fiction like “A Game Of Thrones” that casts a large number of characters who live in different fictional lands.

During the demonstration of Page Flip the vice president of Amazon Jeff Kunins said that the Amazon through its regular survey of people using kindle devices sometimes through the responses the company got through Kindle customer services, found out the room for improvement with the software and even the hardware. The readers of nonfiction has been quite clear about how they would like to see their change and the most common answer has been to change the way the kindle navigation works.

Earlier on those who wanted to save their place in the eBook turned to bookmarking feature in the kindle but it becomes particularly tricky business to retrieve their location in the book when the user has bookmarked a lot of pages.

The problem is solved by the Page Flip technique. Where the page that is being read is automatically saved when the page is tapped on the screen of the kindle. The book can also be transformed to what Amazon calls bird’s-eye view, which shows some of the pages in thumbnail images so that pages can be skimmed with ease to find the page user is typically looking for.

Although there has been much talk about the slowing down of eBook sales  and the unexpected growth of the printed books but Amazon has assured that kindle eBooks have still been growing. This assurance came despite the fact that Amazon in past has been stingy with sharing data about their various businesses.

Mr Kunins is reported to have said that in 2015 there have been record sales in kindle and that kindle business had flourished considerably that year. Customers all over the world bought kindle books so much so, that company paid a net amount of $160 million in royalties over the last months to independent authors took part in kindle unlimited which is a digital reading service