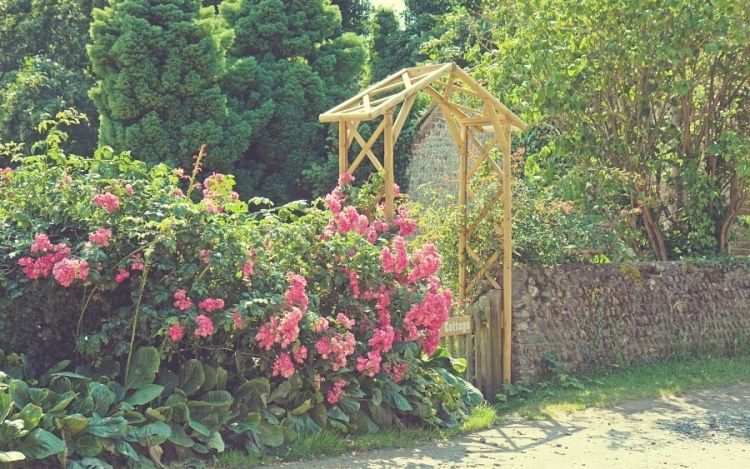 Recreating a traditional English cottage garden will need careful planning and a fair degree of maintenance. What thrives naturally in the cool, moist English climate may not survive in the heat of Florida or the cold of Minnesota. Even in the British Isles, you will find that a cottage style garden in Kent is quite different to one in Lancashire.

The design of a cottage garden is going to be dictated by the size of your plot and existing features such as mature trees. If space permits, there is no rule which says a lawn should not be included. The general concept should be an overall riot of colors and informal textures rather than a more formal layout with regimented plantings and the focus on individual highlights.

Paths should be in keeping with the general cottage garden plan but still, need to remain functional. Weathered brick looks great but can be susceptible to frost or in wetter climates, become slick with moss. Narrow paths tend to look better but should be wide enough to accommodate a wheelbarrow. If the path is likely to have a lot of traffic to and from the house then it should be at least wide enough to allow two people to walk side by side. Gravel, bark, stone, grass, even concrete can be used depending on your overall theme. If you are lucky enough to find a supply of cobblestones or setts then these will make a perfect path.

Flower beds should not be small and fussy. You need to allow plenty of room for informal groups of plants. Use informal sweeping shapes. Throw away the design book and include an old cast iron bench reached by a couple of stepping stones or maybe a birdbath or sundial on a pedestal. Improving the structure of your soil is a lot easier if you include it as part of your plan. Lighten heavy soils with lime-free sharp sand or make a sandy soil more fertile by adding large quantities of bulky organic matter. If your plan includes plants which require either a high lime content or a very acidic soil then address these issues locally once you have decided where they are to be planted. 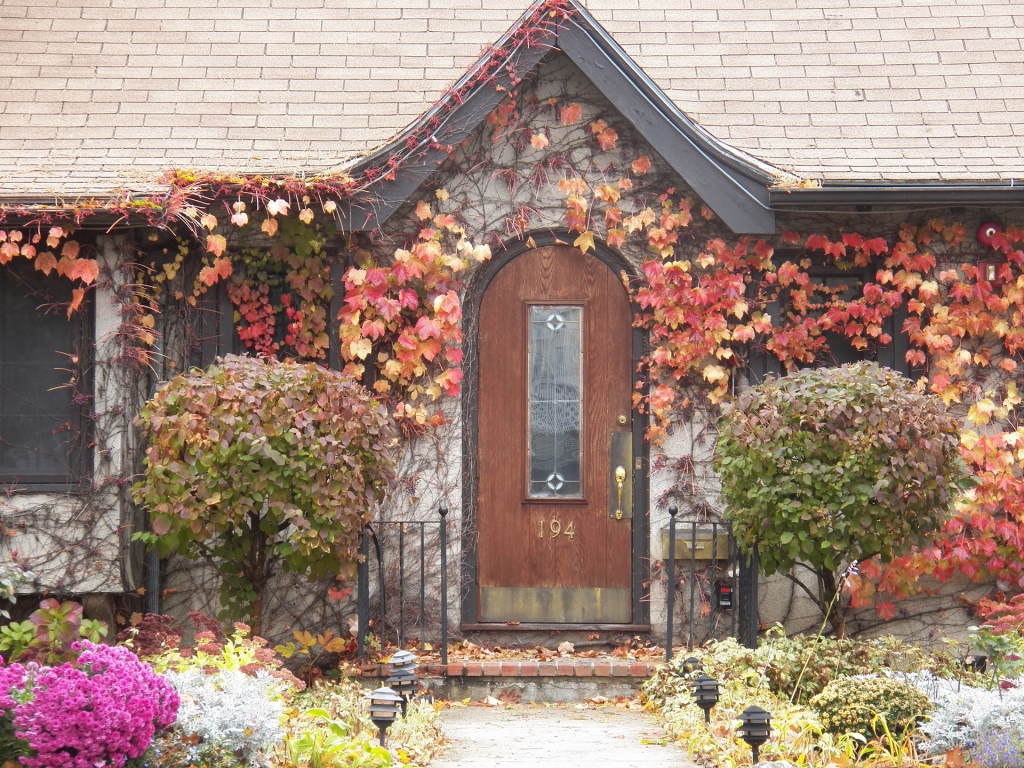 The boundaries of your plot should also reflect your cottage garden theme. Consider using a privet hedge instead of a fence where privacy is not an issue. Hide ugly but necessary modern intrusions such as steel sheds with climbing plants and a trellis. A rustic arch has become almost a cliché, covered with climbing roses it can look great but do try to make it look like it serves a real purpose. An arch which guides the pedestrian from one area to another will blend in nicely, but the same arch standing isolated in the middle of the lawn without purpose will be a distraction.

Choosing Plants for a Cottage Garden

The general rule is to use taller plants at the back and gradually lead down to either the edge of your lawn or path. Groups should not be separated by bare soil but should merge together creating a patchwork of colors and preventing weed growth. It is perfectly fine to mix annuals, perennials, and shrubs together. I like to include herbs and even a few vegetables close to the kitchen door. Carrots, for example, produce pretty fern-like leaves. Unglazed terracotta urns and planters can also be used. Highly perfumed plants should be concentrated near the house windows.

While the final choice of plants for your English cottage garden will depend on your local climate and personal tastes there are plants which automatically spring to mind. Hollyhocks and Delphiniums to provide height at the rear, Russell Lupins, Asters, Hydrangeas, Foxgloves, Damask Roses in the middle. I like to include patches of spring bulbs among the low growing plants at the front, especially snowdrops and dwarf daffodils. Lavender makes a great looking edge to an informal walkway. Whatever you choose your English cottage garden will be uniquely yours.