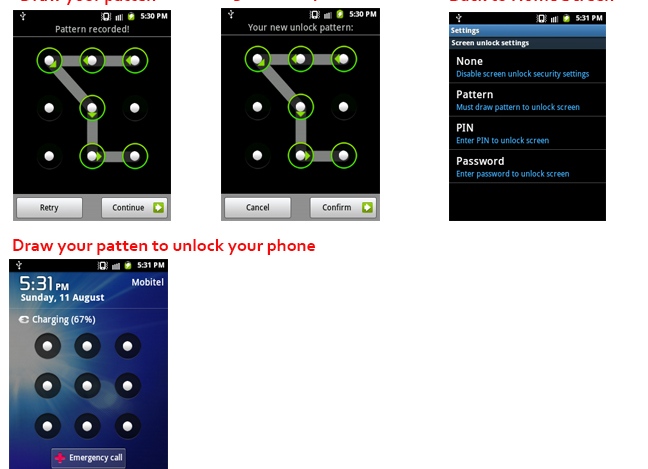 When a mobile phone is country locked, the handset will work only with SIM cards of networks in the country. Country locks prevent local carriers from using handsets subsidised by carriers from their neighbouring countries and vice versa. They are commonly employed in handsets sold in European countries. Remember, only the handset is locked. The SIM card is not locked and can be used in other phones.

Like country lock, network lock will lock only your handset, not your SIM.

Unlike carriers, service providers have two options for locking their phones. They can apply network lock or SP lock.

You rarely will find mobile phones with SIM-card lock these days. This locks the SIM card to the specific phone. Should the SIM card have a problem, you have to return both the handset and the SIM. SIM-card lock is also a handset lock.

An example of SIM-card lock is your CDMA phone where your handset is programmed with the number.

The SIM card basically acts as an ID card for your handset. You may be surprised to know that your SIM (subscriber identity module) card is actually a microcomputer. It is a smartcard that securely stores your identity — your mobile number, registration details, and information about your present location. SIM cards are most widely used in GSM systems. They are generally not used in CDMA systems. The SIM cards used in 3G systems (WCDMA) are called USIMs (universal subscriber identity module).

A great thing about SIM cards is you can switch handsets by swapping your SIM card — as long as the phones are not SIM locked. The SIM also contains storage space for text messages and a phone book — which is useful especially when you are swapping handsets or SIMs. Saving your phone book into the SIM card is an extra option, because you can store it in the mobile phone itself. Ideally you would want to save your phone book data in the SIM and the phone. Saving data in the SIM card will give you the flexibility to switch handsets without re-entering data. And saving data in the phone will give you the flexibility to switch SIMs while changing carriers.

For further information regarding SIM locks, you can call on Orange Helpline Number and get in touch with its dedicated team.