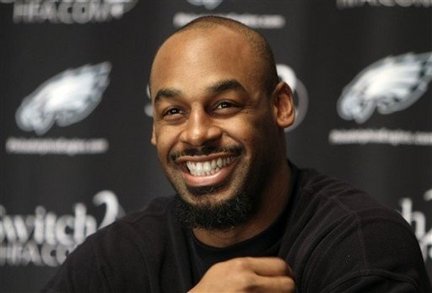 Another storm on Twitter between celebrities is happening, after former NFL quarterback Donovan McNabb told Fox Sports Live that NASCAR driver Jimmie Johnson wasn’t an athlete. The former Philadelphia Eagles QB was ranking the best athletes of the previous decade. He ranked Johnson third behind Tiger Woods and Kobe Bryant. He said that he respects the accomplishments that Johnson has made. However, he said that he would not classify Johnson as an actual Athlete. The 36 year old former NFL player participated in thirteen seasons of NFL football. According to USA Today’s Jeff Gluck, McNabb said, “He’s not an athlete. He sits in a car and he drives. That’s not athletic… What athletically is he doing?” 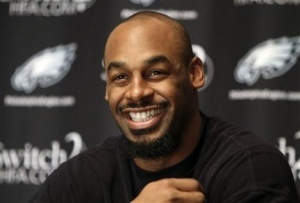 This caused the storm on Twitter as NASCAR drivers and fans went after McNabb for his comments. He was just plain wrong was the consensus and even though fans were very vocal about letting McNabb know that they didn’t agree with his opinion, he was respectful as he replied to them. One of the NASCAR drivers that came to the defense of Jimmie Johnson was Jeff Gordon, and he got on Twitter and invited Donovan McNabb to take a ride with him and see if he changed his mind. As a result of the storm, there was a brand new, and possibly one of the longest, hashtags trending on Twitter. #PeopleWhoAreMoreAthleticThanDonovanMcNabb.

Jimmie Johnson has five titles for the Sprint Cup Series of NASCAR and may win it again, as he is in the lead for the 2013 edition of the Cup. That is a lot of success for the race car driver. However, there are many, other than Donovan McNabb, who hold the same opinion, that NASCAR drivers are not athletes. There certainly is physical stress on the body while driving, and a great deal of emotional duress as well, but it will be up to the experts to decide just how much of an athletic performance driving a race car actually is.