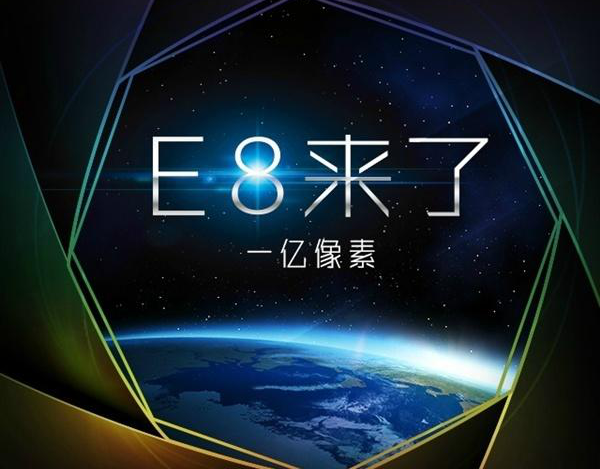 The Chinese vendor Gionee made a name when it launched the Elife S5.5 as the world’s slimmest smartphone with a 5.5mm waistline. Soon after, the company launched an even slimmer smartphone, the Elife S5.1 that measures only 5.15mm around the waist. Now the brand has moved its focus from slimness to camera quality. It is now all set to launch the Elife E8 in June this year with stunning camera features for shutterbugs.

The vendor has been teasing the camera specs of the Elife E8 before the launch from quite some time now. Via the teasers, the company has already revealed a handful of camera specifications of the device, so let’s take a look on what Gionee has up its sleeves this time. As per the recent teasers shared by Gionee, the Elife E8 will arrive with a 23-megapixel rear camera coupled with dual LED flash. On the front, the device will house an 8-megapixel selfie-centric shooter. Moreover, the camera is equipped with a range of special features which will make shutterbugs fall in love with it.

As per the teasers, one of the biggest highlights of the 23MP rear camera of the Gionee Elife E8 will be Lossless Zoom feature. The Lossless Zoom will allow users to capture images without any loss of image quality even when it’s highly zoomed. One of the teasers show an image of the Statue of Liberty, and the face of the Roman Goddess is clearly visible even after zoomed from a long distance.

For the Lossless Zoom feature of the Elife E8, Gionee has implemented the use of PDAF, the phase detection autofocus camera technology. It certainly will impress the shutterbugs to capture high quality images even under low-light conditions.

As per the reports, the Gionee Elife E8’s 23MP rear camera will be capable of producing images with 100MP images. This feature is similar to the OPPO’s 50MP HD photo option available on the Find 7.

The rear camera of the Elife E8 will be offering highest quality images ever seen on a smartphone. The 23MP rear camera sensor is expected to use interpolation (multiple images stitched together) to achieve such high quality images output.

Other Features of the Device

As mentioned above, the Gionee Elife E8 will certainly pack some impressive camera features to impress the shutterbugs. However, its other features will also be pretty amazing. As per the rumors, the device will flaunt a large 6-inch display with a quad-HD resolution panel. It will be powered by a 2GHz octa-core processor, aided by 3GB of RAM. There will be 64GB of internal memory on board, further expandable via a microSD card. Other rumored specs include 4G LTE support, 3G, Wi-Fi, a fingerprint sensor, Android Lollipop, and a large 3,520mAh battery.

As suggested by the teasers, the Gionee Elife E8 will certainly be one of the best camera-centric smartphones. Its 23MP rear shooter with Lossless Zoom will deliver highest quality images you have ever seen on a smartphone. The PDAF based camera will offer up to 100MP of images, and perhaps with support for 4K quality video recording. The company is all set to announce the Elife E8 on June 10th, that’s when we will know more about the handset.