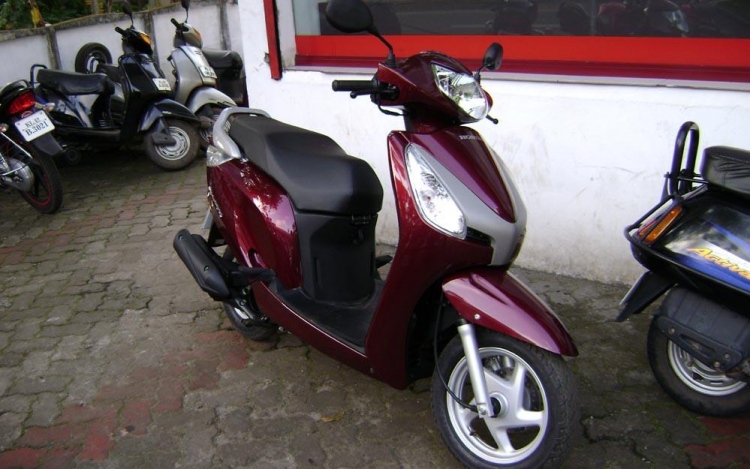 There was a time when two-wheelers meant a motorcycle or a heavy scooter. More or less the men rode them, while the women were reduced to ride pillion. Especially in Indian culture and tradition, a woman riding a bike was a big taboo. All this was fine – until women started working and had to move out of the confines of the house for job. Even then, for a long time they depended on public transportation system or the men of the house to reach their place of work. For the sari-clad women, riding a bike was unthinkable and the scooters were too heavy to handle.

It was then that the idea of small, gearless scooters was mooted. What followed was unprecedented. These gearless wonders opened up a new vista and soon women were seen riding them. For some time, these light and zippy rides were considered a womanly ride – but as more and more people were attracted to the lightweight, gearless scooters they became unisex in nature and more men than women were seen riding on them. The Honda Aviator (standard) is priced at INR 47,397/- and the Deluxe model is priced at INR 52,598/- (Ex-Showroom, Delhi).

The Honda Aviator is one such easy to ride scooter, which is highly attractive and appealing to the men as well. The Aviator comes in a bold design, with attractive graphics and styling. It comes in two versions – Honda Aviator Standard and Honda Aviator Deluxe. Both variants are 109 cc and offer a fantastic mileage of 60 kmpl.

Some of the notable features in the Honda Aviator include self-start button, an analogue speedometer and analogue fuel gauge, a low-fuel indicator – which informs the rider the fuel levels and the need to refill fuel or oil. The Honda Aviator comes with telescopic front suspension and spring loaded swing rear suspension, drum brakes at front and rear to ensure easy handling.

The major attractions of this scooter are its unisex appeal, ease of handling, good fuel economy and competitive pricing. However, on the look wise, especially on the front, it is a bit let down. In addition, its design is a bit old fashioned. Other Scooters like Honda Activa, Honda Dio, Hero Maestro, Suzuki Access 125 and Yamaha Alpha are the possible alternatives for Honda Aviator. Nevertheless, if you are looking for a decent, easy to handle and easy on pocket type of scooter, this is an ideal choice.

For more information on new bikes & cars Log on to http://bikeportal.in/ & http://autoportal.com/