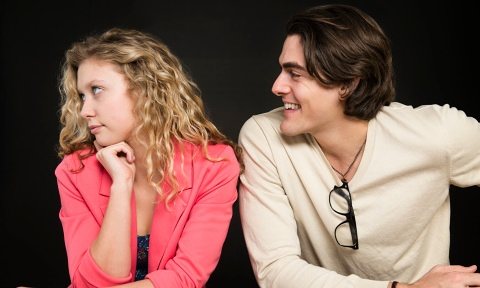 This is a common topic in the film industry. A guy would work hard to move beyond the friend zone and it’s about nice guys who have crunch for hot, sexy women. There are some movies that revolve around this topic. Revenge of The Nerds is a classic movie about nice guys. It is just the same kind of film about nerdy good guys who take on abrasive jocks. Of course, they finally win at the end. The lead character wants to steal a girl from a jock and he tries hard to make himself appear as sexually more dominant. One lesson that we can get from this movie is that proving ourselves in front of girls could actually produce the opposite results. It is important to avoid trying proving your worth, because women prefer more sincere individuals.

It is basically risky trying to prove our worth and it is actually possible that women will lower our status below them. Lead characters in Hatley High and Office Space may show us that an overall coolness, as well as being modest and indifferent could deliver a sense of “mystery” among women. This can be a highly effective trait that appeals to women and it is something that we need to build into our personality. Women may find that such a trait is irresistible and they could become more responsive to our cool flirtations. Office Space could teach us how tone of voices, mannerism, charming ways and others can deliver amazing results.

Tommy plays as a somewhat too perfect individual in Hatley High. However, his emotions seem to always to be in control and in check. Another character, Hyacinth, wants to use him for specific personal gains. Tommy also demands more from Hyacinth and he calls her out instantly. We should pay attention on how Tommy has specific unwavering modesty and he doesn’t really try to prove himself. This will produce a sense of respect from many beautiful women out there. We could learn from Tommy’s quiet flirting techniques and they seem to set the tone. It is important to know that it won’t be helpful trying to be attractive too often. In fact, it is important for women to think, whether they could qualify for us.

There are way too many movies that could provide us with lessons on how to properly approach a girl. In fact, just about any romantic comedy film could tell us about things that usually appeal to women in real life. The problem is, some men may have problem analyzing some of the messages conveyed in these films. It is important to be aware that approaching women will require a degree of patience and probably a lot of time. It is important to have proper focus and we should know how to learn to get the proper outcome. We often find that by being sincere, we are able to obtain more fulfilling and stable results quicker and better.