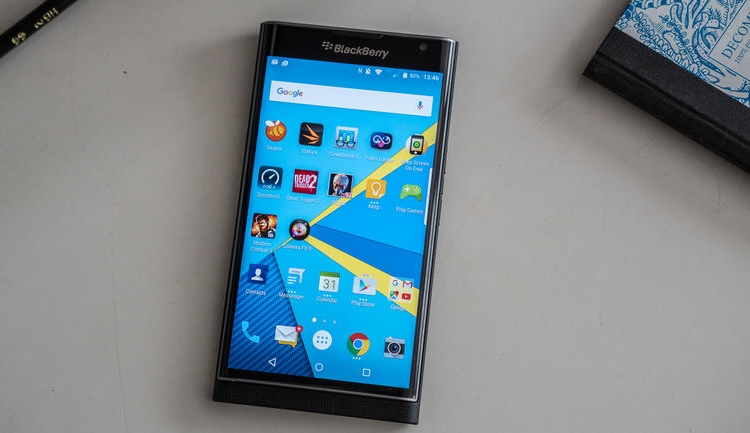 Blackberry PRIV is getting very popular as it’s a Blackberry phone running on Google’s Android software. This phone is becomingquite famous because the phone is running on Android and yet you can use the physical keyboard with it. This is a great move by Blackberry as people are finally taking interest in the new Blackberry PRIV.

The CEO, John Chen, has also announced that they might bring two new Blackberry phones with Android running on them in the coming year. The Blackberry PRIV has been in the market from January 13th in France, Europe, Italy, Netherland and Spain.

The Blackberry PRIV has a gorgeous curved QHD panel. It has kept its traditional silver and black color but it looks totally different than its predecessors. The curved display is quite bigger than the previous Blackberry phones. The phone has a totally flat bottom and top. In short it is anexceptional looking phone which would change your smartphone experience forever. The phone also features Micro SD card slot. The QWERTY keyboard can be accessed by just sliding the display up. The back of the phone is made up of glamorous Kevlar type material which is used in expensive planes and spaceships. It has an 18MP rear camera.

Whilst the Priv certainly looks the part, according to @evleaks the device is riddled with bugs. And when you read reports that BlackBerry may stop making phones it doesn’t fill you with confidnce.

It has a stunning 5.4 inches curved QHD display. Its resolution is 1440 x 2560 pixels with 540 ppi pixel density. It looks absolutely lovely from every angle.

Although Blackberry PRIV was launched with Android 5.1.1 Lollipop but it plans to update to Android Marshmallow in the coming future. Blackberry has taken the security to the next level and has promised a three-prong approach to Android safety. Although Blackberry is using Google’s Android now but they have done their best to make the Android experience as secure as possible.

Blackberry PRIV is using the best hardware in the market at the moment. It runs on Qualcomm Snapdragon 808 (8992) Hexa-Core. It has a huge non-removable 3,410 mAh battery. It offers 32GB Flash storage which is expandable up to 2TB through the MicroSD card.The phone boasts an 18MP Schneider-Kreuznach-certified imaging sensor which takes beautiful pictures.

Many customers love the idea of an Android phone with a physical keyboard. The keyboard do provide many neat tricks but the phone can easily do without a QWERTY keyboard.

Although Blackberry PRIV is not a perfect phone but with the new updates we are hoping to see a much better version of it.