Many teachers propose debates in their classes, but very few students dare to interact and participate, and it is such an unfortunate act because participating in debates prepares us for several important things that will be very useful in the future; for example, to effectively speak in the public, to convince others with your point of view, to confront your boss or co-worker knowing that you can resolve conflicts assertively, to meditate your answers, argue correctly, control your gestures, controlling your temperament etc. 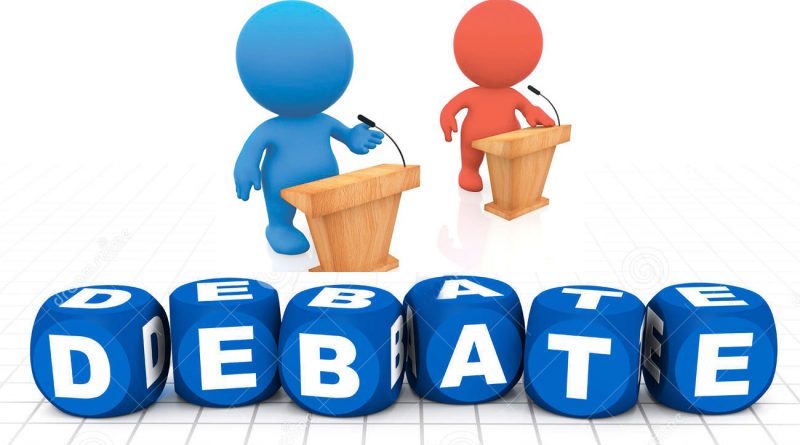 Do not cut yourself. If you are discussing any topic in the class, it is really normal to have a previous opinion about it or that you are forming at that time. You should not be afraid at all while saying something inappropriate or invalid. The important thing is that you find some arguments that lead you to choose one or another position and be humble to accept that you may be wrong. Shyness only limits you, so take it off and start enjoying the class debates.

Even if you already have a clear idea of ​​what your opinion will be about the subject under discussion, you should listen carefully to the arguments of others in order to provide new perspectives, try to avoid repeating what has been already said and try to convince others with more concrete arguments.

In a good debate it is necessary to respect the turns of the word and not step on each other as they do on television. We must always respect our “opponents” and not lacking to give respect to others no matter how much we think the person in front of us is wrong. Keep in mind that what you say will be taken more seriously if you dedicate yourself to insulting and shouting on others.

In a debate, the arguments used must be based on logic and not on feelings or opinions that are not well thought out. Try to minimize emotional responses and look for a scientific basis on which to support your opinions; and if there is no scientific basis, at least try to make them coherent and rational.

Do not beat about the bush

It is essential that you be able to believe in your point of view and that you go to the important aspects of what you want to convey. It is not about giving a speech as beautiful as you are staying, but to pose answers to a given topic (or questions, which can also be an interesting resource to put opponents in a binding situation) with a clearer and concise approach.

Do not tell personal tales

What happened to you or your cousin last summer, it really does not matter to the audience that how much you think that story will be linked with the debate you are participating in. Try to avoid telling personal stories and examples as much you can and replace them with a more valid and credible set of examples from the real time world. Failing to do so will cause your audience to rapidly get bored and lose their attention from your point of view.

It is also not very advisable but many people consider placing famous quotes which sometimes works as well. The good thing about a debate is that you can use your own arguments to defend an idea, not that you mention Paulo Coelho or Immanuel Kant, because, even if you think that makes you look more cultured, it is a lie: it makes you seem more pedantic and lacking in creativity.

Lara Hawkins is a highly experienced and professional online education management expert working since more than 8 years while helping countless students from all around the world. She started her career from an assignment assistance company and now serves as one of the best student consultant.