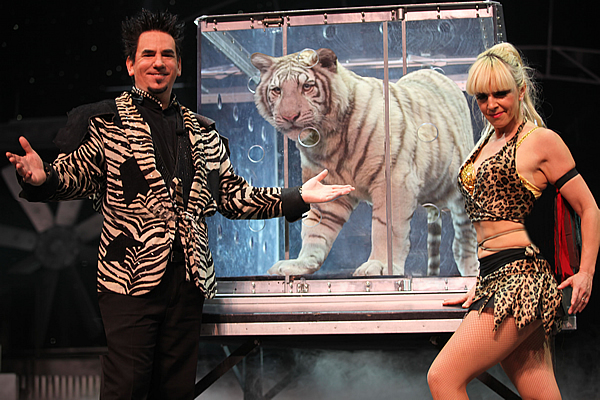 So, you want to have a magic show? That is all well and good and if you have the kit for it and the amateur skills, go right ahead and put on one heck of a magical performance and really thrill the crowd. Wait. What’s that? You don’t think you can do it? Maybe you can’t and you should hire some professional performers. Meanwhile, don’t give up on your dream because a lot of these performing magicians actually give lessons as well, so maybe you could actually pull of your own personal show someday but now your goal is to set one up for an event and you need to find good performers.

One place to start looking would be Magical Duda Entertainment which is a three man clan capable of amusing many different crowds. That is one example and you can certainly find other similar groups in the Toronto area with little difficulty. The idea is to pick the kind of performer you are looking for to put on the show you want. Congratulations. You have officially become a producer. Doesn’t it feel neat? Perhaps it is confusing and challenging, but definitely go and check out some demonstrations from different performers and start pulling the act together so you can complete your task and duty.

The Great and Secret Show

This is actually also the title of a book about a different type of magic, but it is a fictional story. You see, the show of a magician used to be called “a great and secret show” because the secrets behind the magic tricks were supposed to remain secrets and the show was to be mystical and great because of the impact of the tricks. So the theme of going heavy on entertainment value of the show developed and now many to most all of the supposed secrets are known.

Fortunately, they are known by those capable of presenting the techniques in such a smooth manner it is astounding to watch. When you witness that and reach this point of disbelief in what you are seeing, then you have just witnessed a great magical performance and this might be the magician needed for your show.

Part of the way you find the right magical performer to provide a great show is you go out and have them do some demonstrations for you. Often, they will come to you, which can be convenient if you are screening a few different performers in a day.

Which is the Right One?

The right one to do the magic show is the one who strikes you with awe and makes time go away for you for just a little bit. This will be the one who both puts a smile on your face but also takes the artistic effort to bemuse and confuse you a bit and then relieve your tension with some twist of entertainment brilliance. Now this would be the ideal magician to create the show you want to manifest for the event in mind. You will find this magician.