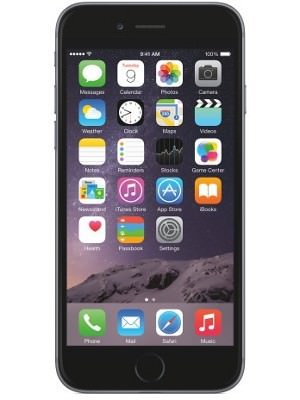 By the end of 2015, renowned smartphone manufacturer Apple will unveilthe next generation of iPhones with some new features and upgrades.Predicted as iPhone 6s and iPhone 6s Plus, the new iPhonesarelikely to appear similar totheircounter parts. Thefamous “S” models from the companyhave been known for bringing major performance upgrades over their predecessors, and just like old times, the upcoming 6s is also speculated to be all about better performance and functionality!

Several leaks and rumors about iPhone 6s have already created a buzz in the industry.Nothing is confirmed about the phone, but still a brief round-up can be made from recent leaks coming from different ends. Our curated collection of gossips, projections, and leaks about Apple’s next big thing will give you a better idea of what’s coming this fall. Have a look to know more!

Just like other “S” upgrades, new iPhone 6s will not be a major upgrade over its predecessor. According to the leaked image, the shell ofupcoming device looks a lot like iPhone 6 and 6 Plus.It appears identical to its predecessor, but is likely to be slightly thicker for housing a bigger battery inside. The color of the case holds a silvery finish and looks identical to the dark gray variant of iPhone 6 rolling in the market.

The home button and portsof iPhone 6sare likely to be same, but its build might just be upgraded withstronger 7000 Series aluminum at the back. It’s the same aluminum from entry-level Apple Watches, and is a whole lot stronger than the material used in iPhone 6s housings.

In terms of display, iPhone 6s is expected to feature a better viewing experience with sapphire display, offering a higher degree of resistance against pressure and scratches.The display of this device likely to come in the same size as iPhone 6, but it is speculated to feature improved black levels and crisp color production with OLED technology.Visual experience on the upcoming iPhone will be a real treat, plus Apple might also bring the new Force Touch feature to trigger several functionalities by mere tap or hard press on the screen.

Under the hood, the new iPhone 6s is likely to be powered with the improved version of A8 chipset, Apple A9.Boomberg revealed that Samsung will produce the chipset for next iPhone, and will feature a new architecture by using 14nm process. The RAM equipped with this device will also be upgraded to 2 gigs, and will give smoother performance with minimal power consumption. Improvements in RAM and chipset will leave a huge impact on the performance and efficiency of this device.

On the software front, iPhone 6s will be running the latest iteration of iOS with some new upgrades and features.The iOS 9 is the most recent hit from Apple, and packs a rich set of features like the new low-power mode for boosting battery life by up to 3 hours, and the improved settings and photos app.The upgraded looks identical to iOS 8, but packs some essential improvements for better performance.

In terms of storage, iPhone 6s is likely to feature 3 storage variants with 32GB variant as the entry-level model. Apple is expected to replace the 16 gig modelwith 32GB, while other two storage variants will be the same 64GB and 128GB models. On this device, you’ll be getting sufficient amount of space to keep a rich set collection of app and media files.But, microSD card slot for memory expansion will not be included in this iPhone too.

On the connectivity front, new iPhone 6s is likely to bring small improvements over its predecessor.The iPhone 6 currently comes with CAT 4 LTE modem and produces download and upload speeds up to 150Mbps and 50Mbps. Its gives ideal performance, but its successor is speculated to feature an upgraded version of this modem offering download and upload speed up to 300Mbps and 150Mbps. Presumed as CAT 6 LTE modem, the new hardware equipped with 6s will give a better browsing experience, and will load pages at lightning fast speed. Other features (NFC for Apple Pay and Wi-Fi Capabilities) will be similar to the original iPhone 6.

The successor of iPhone 6 is expected to feature a bigger and better battery life. Battery of the nextiPhone will not be a major highlight, butits improved A9 processor and iOS 9’s optimizing capabilities will play a Signiant role in lowering power consumption by a great margin.The combination of low-power mode and improved hardware can easily deliver better and improved performance than most other iPhones.

Considering Apple’s launching strategy, the official launch of next iPhone still looks a few months away. Possibly by the end of September, Apple will unveil its next big thing. Its price is the biggest point of discussion, but let’sjust say, it will be priced above Rs. 50,000 just like the most recent iPhones in the Apple family.

According to recent leaks and rumors, the new iPhone will be bringing some essential upgrades over its predecessor.Since nothing is confirmed yet, these upgrades can be big or small.But, just like always the alleged iPhone 6s has already created a buzz around the market. It will be one of the biggest hits of 2015, and will deliver extremely smooth and glitch free performance.