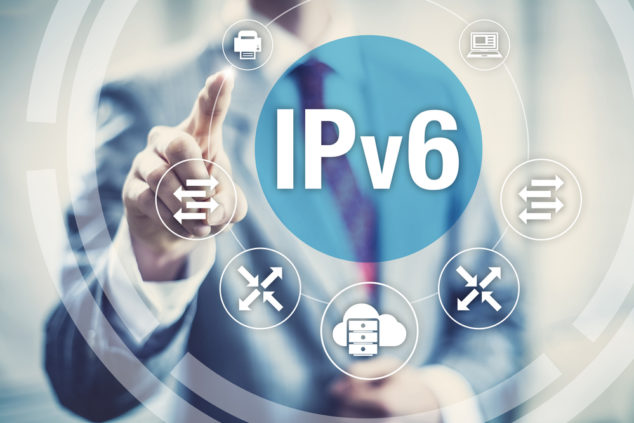 The time is indeed running out for IPv4 addresses since these are now declared as exhausted, by none other than Internet Architecture Board (IAB) concurrence with Internet Engineering Task Force (IETF).

Once the allocated space of IPv6 is exhausted, the internet protocols and standards of future will not be required to be compatible with traditional IPv4 addressing system. It is therefore right time for the industry to begin operating exclusively on IPv6. This is in line with warnings that have been consistently issued in association with dwindling of IPv4 address allocation pools.

In view of expected growth in dual stack IPv4/IPv6 as well as IPv6 deployments the organizations engaged in standards development have been instructed to move away from IPv4. This also applies to device vendors as well as network operators who are in possession of more numbers of available addresses that may exceed IPv4. Considering lack of direct compatibility of IPv6 with IPv4, it is not surprising that adoption of the new addressing scheme has been moving at snail’s pace.

Need to shift to IPv6

Scarcity of IPv4 addresses seems to have retarded to Internet growth if one was to believe Asia Pacific Network Information Center’s report that analyses Border Gateway Protocol data. BGP data is accessed for routing traffic on Internet between networked autonomous systems. There are growing concerns about the contradictory situation of scarcity of IPv4 addresses and slow adoption of IPv6 addresses.

There are many individuals who feel that while designing the new IPv6, the existing architecture should have been retained to avoid the steep learning curve and simplify adoption of IPv6. The current architecture is able to facilitate routing, DNS, and network creation without any issues. Hence it is difficult to understand reason for such drastic changes in the architecture.

It would have been easier to enhance the version number by increasing the address size of target or source IP in IP packets from 4 to 8 or 10 bytes as required. Such an arrangement would have been able to offer phenomenal numbers of public addresses compared to the existing IPv4 capacity. Moreover the ease of learningwould have led to greater adoption of IPv6 version.

The principal promoting and developing authority of Internet standards, Internet Engineering Task Force that is also referred as IETF released Request for Comment or RFC that offered details about development of new Internet Protocol or IP as IPv6 to replace IPv4. The newly designed solution aimed at accommodating growing need of IP addresses. It provided a considerably larger space for addresses in addition to enhanced security and better traffic routing features. Let us examine important attributes of IPv76.

Enhanced security– The greater security of IPv6 is integrated in underlying protocol including encryption of payload as well as authentication of sender of payload (Encapsulated Security Payload and Authentication Header).

Facility of plug-and-play– New users can easily connect their devices to networks with the plug-and-play feature of IPv6. It also goes without saying that the configuration will also take place automatically.

Highly optimized– There are multiple features of IPv4 that made it so popular and some of the features that were left unused have been discarded to make IPv6 more optimized.

Key advantages of IPv6 over IPv4

The important benefits of Pv6 over IPv4 are essentially associated with recommended changes to IPv4 that were proposed in IETF conference held in Toronto. These are listed below.

Enhanced addressing capability– Auto configuration mechanism and greater capability for addressing has been achieved by increasing the size of the address from 32 bits to 128 bits. There is a deeply entrenched hierarchy in addition to user friendly configurations. Creation of Anycast as a new address type enables sending of message to most proximal single member of group.

Size reduction and simplified headers– With a well defined length of 40 bytes, the header processing times and forwarding techniques are improved.

Improved ability to extend abilities– The extensions in IPv6 are optional unlike IPv4. These can be easily inserted between payload and header as and when required. This way, IPv6 is much more flexible and future ready than IPv4.

Flow labeling feature– In IPv6, packets that are meant for same traffic flow can be individually labeled by sender for special handling.

The ongoing shortage of IPv4 addresses can only be dealt with by increased adoption of IPv6 address systems. It is worth noting that IPv6 has received recommendations of all standards bodies as well as network equipment vendors. It has been successfully implemented as well.