From the hustle and bustle of Delhi’s street markets to the hill tribes of Assam, from the caves of Ajanta and the beaches of Kerala, India is known for her outstanding beauty. Her vibrant culture provides picture perfect moments that more suited to a postcard than reality. But in amongst this smorgasbord of cultures and flavours, there is one island network that captures the imagination more than any place else.

That place is Lakshadweep, found floating out in the Laccadive Sea. Coming from the word ‘Lakshadweepa’, which means “one hundred thousand islands” in Sanskrit, this coral island chain is part of a larger group of interconnected islands, the Lakshadweep-Maldives-Chagos group. The islands that break through the ocean’s surface are in fact the tops of a vast undersea mountain range, known as the Chagos-Laccadive Ridge. 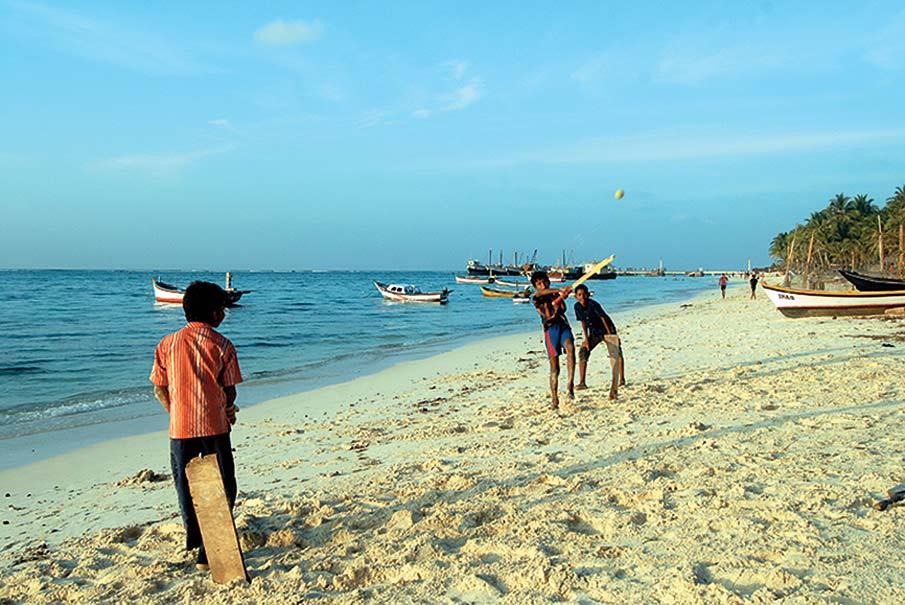 From the island of Minicoy to Kadmat and Kavaratti, Lakshadweep is defined by its coconut palms, soft white-sand beaches, concealed coves and unspoilt coral hidden under deep blue lagoons. Only 10 of the 36 islands are inhabited – travel is limited and must be approved by permit – and so this tiny slice of tropical paradise has remained relatively untouched by the reckless and sticky hands of tourism.

Although ancient, much of its history is unknown and in the place of a written record, myths and legends appear. The islands have been home to Hindus, Buddhists monasteries and now the majority of the indigenous population are Sunni Muslims, adding rich vibrancy to her cultural tapestry.

Most make their money through fishing and coconut cultivation and so it follows for these two to feature heavily in their cuisine. Tuna is known as the chicken of the sea and it is the island chain’s main export. The fishermen catch the tuna and dry it in the sun after cooking and smoking it. This process results in a product called ‘Mas.’

The gastronomy of the archipelago is quite similar to that of Kerala, whose close proximity and similar resources allowed for an intermeshing of customs and cuisines. As in Kerala, sadhyas, a vegetarian meal served with boiled rice and a host of side-dishes, are popular. The sadhya is usually served on a banana leaf and accompanied by payasam, a sweet milk dessert native to the area.

Coconut features as dominantly in the islands’ food as it does in its landscape. Ever resourceful, the coconut itself is used for everything from building to craft making. After the naturally refreshing coconut water is gone, the fibre from its outer husk – known as coir – is utilised and used to create ropes, mats and mattresses.

Fish is usually cooked in banana leaves, barbecued and fried with spices or a creamy coconut gravy. The waters are brimming with a variety of fish and shellfish, including anything from barracuda, snapper and kingfish to crabs, lobster and prawns.

Amaya, one of London’s best fine dining restaurants, is known for its theatrical open grill, stunning seafood and authentic dishes. Book a table here and you are sure to get a taste of the Laccadive.