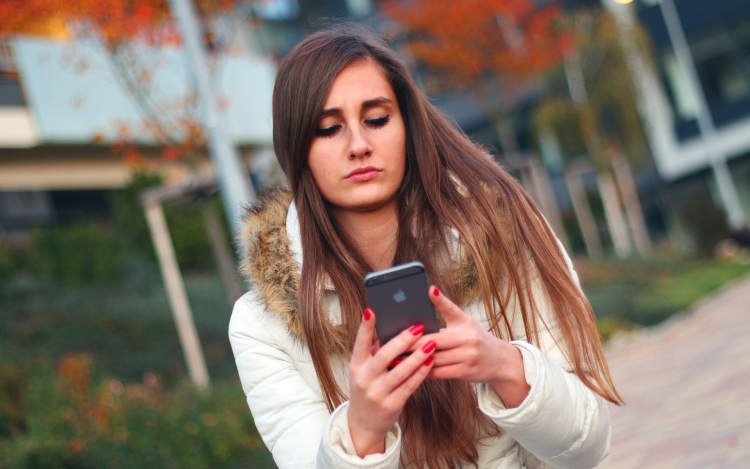 It is not new to us that people’s mobile usage has already invaded the public spaces such as restaurants, public transportation vehicles, and even the streets. This has affected as so much to the point that it already blurred the line between public and private conversations. We even just consider this as an everyday part of sidewalk strolls, bus ride, typical shopping day and a picnic’s background noise.

We asked some people (including the elders and kids) about their opinion in public cell phone etiquette to see how they respond to this drastic change. We found out that almost three-fourth (¾) of mobile users and nonuser adults agreed that it is fair and rational to use cell phones in this unavoidable public spots. On the other hand, the same number of Americans decided that it is unreasonable for people to use cell phones when you’re in restaurants when having a family dinner, in a library, meetings, at church and other worship places, and any other places where people are quiet.

Here’s the catch, the survey we made did not specify what type of cell phone use is it. It may be possible that some of the people we asked only used it to check their children in school, or a more social way such as sending a text message, checking social media sites, checking emails or taking some photo shots. Here is a more comprehensive view of these situations:

Seventy-seven percent (77%) of people residing in America tells that it is usually okay to use mobile phones while you’re walking down the busy streets and men are more likely to do this compared to women with a percentage of eighty and seventy-four percent (80% and 74%) respectively.

Mainly, these results include a particular age bracket. Seventy-eight percent of ages eighteen to twenty-nine (18-29), affirms the use of phones in the streets while those eighty-two percent of those who are thirty to forty-nine years old also agrees with them.

In addition to that, we also found out that kids also use their phones whenever they cross the streets which are very dangerous for them.

Three-quarters or approximately seventy-four percent of Americans announce it is tolerable for them to use phones while riding a bus or in any public transportation vehicles. Seventy-nine percent of men agreed to this while only seventy-one percent of women says the same which proves that men doubtlessly use their phones in this type of scenario than women. Ninety percent of young adults (age bracket 18-29 years old) approves this and fifty-four percent of those aged sixty-five and older.

In kids’ ages six to ten, they are also seen to use their phones during train rides, taxi strolls and anything related to transportation.

While In A Line

Some seventy-four percent of Americans say it is commonly okay to use mobile phones while waiting in line. Just like earlier men are more likely to do this rather than women. Seventy-eight percent of men do this compared to the seventy-one percent of women.

In some other countries, during flag ceremonies, kids in school are also seen with this behavior. They tend to text, call and surf while they are in a line which leads to confiscation of those kids’ phones.

Only thirty-eight percent of Americans says that they are fine when it comes to using a cellphone in a restaurant, which is surprisingly small and in contrast to the two situations earlier. But same goes for the gender, men are still doing this more often than women. This is another instance of younger adults approving the use of cell phones in restaurants rather than older age brackets.

In total, only twelve percent of American residents approved the use of phones in every family dinner. This shares an equal percentage for both men and women. Unsurprisingly, those who are non-regular users of smartphones compel more to restrict the use of cellphones every time they eat with their families during dinner than those who are regular mobile users. We also found out that kids and teenagers are the ones who use their phones the most during family meals.

Only five percent of Americans are good in the general the use of cellphones during a meeting. Seven percent of men approves this while just four percent is okay with this, though few said this totally.

In a Movie Theater

Same as when they are in a meeting only five percent approves the use of mobile phones inside a movie theater or any place where it’s quiet regardless of gender. Studies have also shown that teenagers are the ones who use their phones most rather than kids and adults.

Phones are found anywhere. Many companies offer different kinds of phones such as Walmart and Skyphones.com.au. The primary purpose of this survey or experiment is to see human’s demeanor when it comes to public use of phones. This study also proves that men are using their phones more often compared to women same as younger adults use it more rather than older ages. We also found out that half of America’s citizen find it disturbing when people use their phones publicly such as talking with someone over the phone. It may also be pretty alarming for parents that their kids use their phones while walking and crossing the street.  Well, what we can say is, it is best to know when it is acceptable and not to use mobile phones especially if you’re using it to public areas as this may be invading not only their privacy but also to yours. Any comments and opinions? We would like to hear that in our comment box!