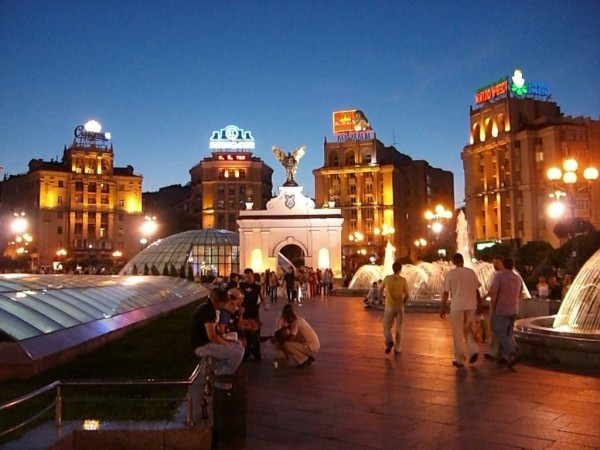 Ukraine is currently seen as a conflict area, due to the rebellion of Pro-Russian elements and military interventions of Russia in some parts of the country. However, armed struggles take place in the eastern corner of Ukraine, while Kiev and other parts of the country are relatively safe for travellers. Kiev is the capital of Ukraine and it was established around 5th century AD. The city is situated at about 180m above sea level with cool summer, reasonably cold winter or an overall moderate continental climate.

In January, the average temperature in Kiev is around 6 degrees below zero Celsius and about 20 degrees above zero in June. In this case, travellers should know what to wear when they are planning to visit Kiev. There are about 2.6 million people in Kiev and the surrounding suburbs, so it is a quite big city. When visiting Kiev, people could stay in hotel or apartment. There are different level of services, depending on the classification of the hotel, such as 3-star, 4-star and 5-star.

For people who prefer certain level of privacy and flexibility, there are one-room apartments, complete with all the amenities, depending in the location. When visiting Kiev, travellers could go to the ancient gate to Kiev, the Golden Gate of Kiev. Due to the gradual expansion of Kiev, the landmark is now located in the center of the city. It has a small golden dome with construction made of stone and wood. The St. Sofia Cathedral is known for its beautiful design and there are chestnut trees around it.

Other places that we need to visit are St. Vladimir Cathedral and St. Michael Cathedral. The former is located at the center of Kiev and known for regular Orthodox religious events, while the latter, has large golden domes, ornaments and unique blue walls. The Andrew Descent and St. Andrew Church is a popular place to visit with museums, art galleries, old brick descent and various souvenir booths. Lavra or the Kiev Cave Monastery is an ancient place where monks lived centuries ago. We could also find the largest bell tower in Kiev near Lavra. There are also Ukrainian Art Museum and Russian Art Museum, both would allow us to see masterpieces made by local artists.

The Kiev Opera and Ballet Theater is known for a place where we can watch dances and live classical music. We may also see old village houses in Pirogovo. The site offers us a closer look at traditional household items of Ukrainian people and there are also windmills. The Kiev War Museum is a place where we can see numerous airplanes and tanks from World War 2 and other eras. Tourists could also take picture at the huge metal statue of a woman that symbolizes Homeland. The Kiev Botanic Garden is a popular place to visit in spring and summer, where we can find blossoming flowers and beautiful trees. The Mariinsky Palace is a wonderful and majestic palace where various state ceremonies take place.