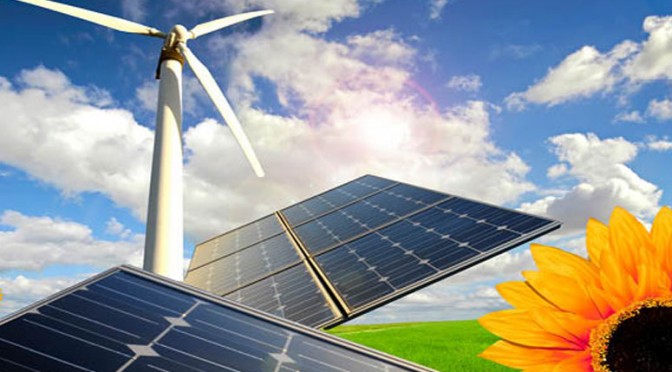 As the years go by, we continue to see a noticeable change in the energy market. The world in recent times has passed through a turning point and each year seems to be increasing the possibility of clean, low-cost renewable energy overtaking the use of non-renewable sources like natural gas and coal.

To the surprise of many people, Solar energy is looking like the answer to the quest for a source of cheap renewable energy.

In the past, the possibility of producing low-cost solar energy was limited to select few projects and depended largely on government aids. However, now, unsubsidized solar is starting to beat the prices of natural gas and coal on a bigger scale, and remarkably, the cost of building recent solar projects in developing markets are less than those of wind projects.

The average cost of producing current solar, as compared to wind projects, in on the decline in 58 new market economies, such as Brazil. India, China. Though the cost of solar was guaranteed to fall below that of wind sooner or later, very few persons anticipated that it would transpire so early.

Only five years ago, investment in low-cost renewable energy such as solar was very minuscule, but it has changed drastically.

When it comes to low-cost renewable energy investment, developing markets are at the forefront as over thirty-five member nations of the OECD (Organization for Economic Cooperation & Development) spent $154 billion in the year 2015, while $153 billion was spent by the wealthier nations. A major factor in this trend is the contribution made by China. The world’s most populated country has been swiftly deploying solar-powered stations and even assisting other countries in funding and implementing projects.

In the foreseeable future, the emerging nations are very likely to continue to be the leaders in the push for clean energy since the growing rates of deployment of clean-energy is higher in those nations than in any other nation, particularly now that over 75% of them have established targets for their clean-energy deployment.

Half the Cost of Fossils

Last year saw an extraordinary success for solar energy. Silent auctions in which private firms contest for significant contracts to deliver electricity saw a remarkable interest in cheap solar power. This trend began in January with a contract for providing power in India for a record $64 per megawatt hour. After that there was another deal in August offering $29.10 per megawatt hour in Chile. This was the lowest price for electricity ever recorded. It was roughly half the price of coal power.

When all the completed projects for last year are tallied, it is expected for the first time, that the entire sum of all solar photovoltaics installed globally will surpass that of wind. The latest projections predict 70 gigawatts of freshly installed solar power plants as compared to 59 gigawatts of wind power.

The global shift to low-cost renewable energy can be expensive for more prosperous nations, where the demand for electricity is falling or flat, and any new solar project must contend with the standing billion-dollar gas and coal plants. Low-cost renewable energy will displace other technologies, especially in countries that are amassing new sources of electricity capacity as swiftly as possible.

Wind farms will maintain its growth as the source of low-cost renewable energy, though, gathering and transmitting the wind power is still an expensive obstacle. Geothermal power (i.e. heat energy from within the earth’s crust) seems like an unimpeachable means of cheap and clean renewable power.

And despite all this, the buildup/accumulation of solar and wind power usually takes time. The burning of fossil fuels remains the inexpensive option when the sun doesn’t shine, and the wind doesn’t blow. Natural gas and coal will continue to play a fundamental role in the mitigation of energy poverty for the millions of persons in years to come.  Fossil fuels presently deliver more than 85 percent of the world’s energy use globally.

But for places that have no electricity at all, or for those who live in the hazardous smog of densely crowded metropolises, or those who still rely heavily on expensive gasoline and kerosene generators, the change to low-cost renewable energy and gradually to solar can’t come soon enough.

A mechanical engineer with over a decade of work experience in the manufacturing industry. He is a key member of the product architecture team at Chanderpur Group. He is always keen to study and try out new technologies.