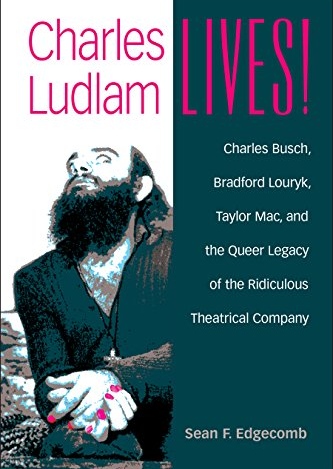 In the introduction to Ridiculous Theatre, Steven Samuels writes that Charles Ludlam was, “[…] a clear-eyed, hard-headed thinker who passionately believed in stage comedy as the best public forum for the discussion and dissemination of ideas” (Samuels xii). This simple description of Ludlam the man could stand as a “cliff-note” version of the entire collection of Ludlam’s essays and opinions gathered in Ridiculous Theatre. 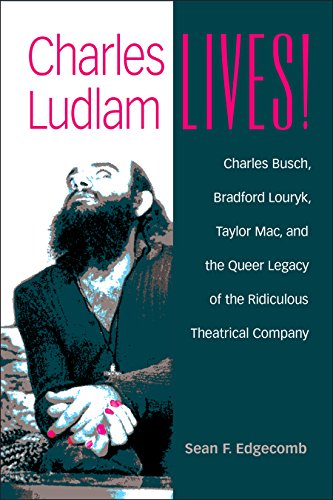 Most of the materials gathered in the book are from interviews, conversations, grant applications, notebooks and papers Ludlam left behind upon his death in 1987. Together, this collection of his thinking invites actor, playwright, critic, and dramaturge into a world of theatrical possibility where farce reigns supreme and comedy is the best tool of contemporary theatre.

“All I ever wanted to do was to make anagrammatic use of the world’s plot matrix” (Ludlam 4).

Ludlam describes again and again how he was compelled to rob from the vast and sometimes opposing traditions of theatre to create a new theatre for new audiences. He railed against the minimalism that he felt ended with Beckett-a minimalism that left both author and audience no where to go. He opposed the seriousness attached to naturalism, which held the conceit that an action done realistically was more “real” than one done in any other manner. For Ludlam, taking a device or technique and re-visioning it for the situations we face in present day makes for great theatre.

“Once you have those rules digested and at your disposal-such things as counterpoint, harmonics, plotting, characterization, a million technical things that are almost lost today-you can do anything” (123).

And, it seems, the best rules and devices were to be found in Farce.

Two themes central to his artistic vision recur in most of Ludlam’s thinking: his fascination with and love of paradox, and the function of conflict in comedy and drama. “I call my work Ridiculous because the only ideas that interest me are paradoxes“, he writes. “In a comedy the two opposing forces of the drama must be reconciled. This is the aesthetic problem. The humor is the result of the tension and release as the two seemingly conflicting streams meet with obstacles and delays as they rush toward their resolution in a common sea.” Ludlam’s vision and practice was to play with “the seeming impossibility of resolution” (47).

While it would be too difficult to present a comprehensive and succinct synopsis of Ludlam’s aesthetic, reading Ridiculous Theatre is provocative and enriching in the way sifting through any great artist’s thoughts stirs the imagination and challenges the intellect. The book chronicles Ludlam’s life, work, and aesthetic; the life of the Ridiculous Theatre company; contemporary American theatre as Ludlam encountered it in academia and in New York; gay theatre; and specific periods of dramatic history like Burlesque and Commedia dell’Arte. It is both a fascinating read and a record of a significant artist’s contribution to the art of the theatre.