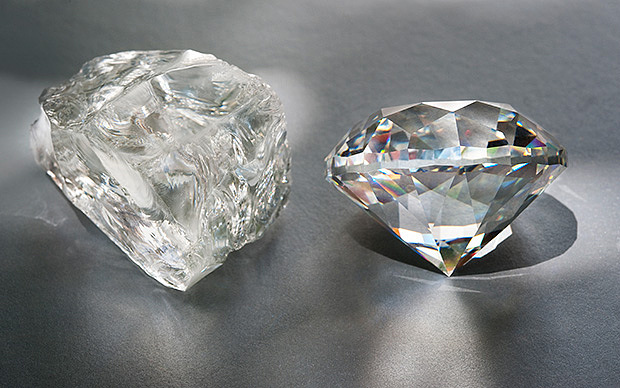 Diamond cutting in the 21st century is a combination of the best technologies available to make precision cuts to rough diamonds to be able to use as much of the diamond as possible, through to the age-old traditions of the master craftsmen who hand shape and polish individual stones.

Diamond cutting has been taking place for many centuries with the earliest recognizable cuts dating back to the 15th century, but with 3D modelling and laser saws being used to maximize profits, there have been huge changes in diamond technology development. Here are just a few of the key leaps in the equipment and machinery used in the industry which have made the gemstones increasingly sparkling and because of capability to produce higher output, much more accessible to many people to be able to own through specialists such as http://www.whiteflash.com/ .

Manual Skills Over the Centuries

The main technological breakthroughs in manual diamond cutting, shaping and polishing over the years were:

Other than with lasers, diamonds can only be cut with other diamonds as they are the hardest surface in the world. Grinding used diamond dust on a mechanical plane to use in different directions to slowly shape them. Diamonds also have different levels of hardness in some directions than others so the skill was to be able to slowly create facets with planes where sometimes the diamond dust made some impact and in other directions very little difference. This was key to making small changes to overall diamond shapes.

Whilst diamonds are hard on the surface, they aren’t so tough structurally and can be splintered into smaller pieces with a technique called cleaving. This technique was used as a manual skill regularly well into the 20th century and certain cuts such as the Rose cut are produced through cleaving work.

Sawing – using diamond ‘teeth’ – was first introduced in 1647 and the technique changed little until the late 19th century. Saws at that time consisted of a thin wire coated in a mixture of diamond powder and oil to create a cutting surface.

The first motorized diamond cutting saw was invented in 1900 in America. It meant that for the first time, cutters could shape with accuracy never seen before. At the same time, there was a huge influx of diamonds being discovered in South Africa and so cutting houses were opened. A steady and constant stream of rough gemstones and lots of eager customers saw mechanized cutting machines completely modernize the industry. New standards for a cut were set such as the round brilliant and new ones were introduced including the Asscher in 1902. The Baguette cut was reintroduced in 1912 because of the ease of working the rough stone and the Princess cut was then developed in the 1960s to become very popular for engagement rings in the 1980s.

The most modern cut is the Hearts and Arrows and was developed in Japan using lasers. The stone is cut with absolute precision to give the kaleidoscope effect of eight hearts when looked at from above but when the diamond is turned upside down, the facets change to show eight arrows. Times have truly changed but one thing is certain; diamonds are just as beautiful and sought after now as they were 600 years ago and it’s a surety that this will continue for the next 600 years to come.