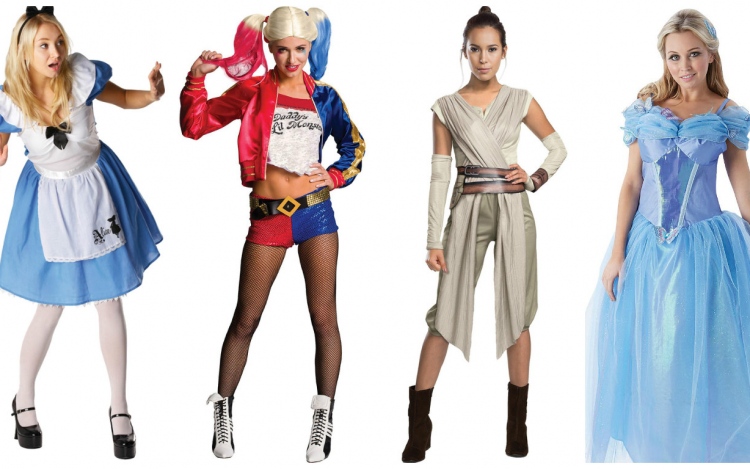 While certainly there are perennial favorites which show up each and every Halloween like clockwork, such as witches, ghosts and monsters, but popular culture is always reflected in people’s Halloween costume choices. Halloween only comes around once a year, and when it does, people tend to go all out to ensure that they are wearing the best costume for the Halloween party. Sometimes, they begin weeks in advance to find the right type of outfit, to make sure that they have something fantastic to put on when the big night comes around. This year, ladies have more cool costume options to choose from than ever.

Here are some of this year’s biggest Halloween trends:

Star Wars came back in a big way with the release of The Force Awakens and only looks set to get even better with Rogue One. TFA gave us a cool new heroine named Rey, as well as the first proper female Star Wars villain in the form of Captain Phasma. This means that there are more fun sci-fi costume ideas for girls than ever before!

Not to be outdone, an old favourite showed up in The Farce Awakens too; Princess Leia! You can get usually get yourself the full outfit in one go, complete with the belt, boots and even the iconic wig!

If you’re one of the Alice in Wonderland films’ many fans, then you can’t go wrong if you choose one of the many varieties that are doing the rounds. Since there are many versions of the classic Alice, you can interpret the costume as you see fit. You can go for the classic ‘cute as a button’ classic Disney look, the more grown up version from the recent movies or even the slightly twisted one from the American McGhee’s Alice video games!

Of course, Alice isn’t the only great character from Wonderland who lends herself well to costuming. The Queen of Hearts is an equally good character, with many different versions to choose from depending on your mood. For those of you who are feeling particularly brave, why not attempt a female version of The Mad Hatter? Once you get the spirit of the character right, gender doesn’t matter one iota!

While we’re on the topic of famous Disney characters, there is absolutely no shortage of amazing Disney princess themed Halloween costumes on the market right now. Who could forget the classics like Belle from Beauty and the Beast and Cinderella, both of whom have gotten the big budget Hollywood live action treatment in recent times, so manage to be vintage and bang on trend at the same time. Any excuse to wear a ball gown really!

For something altogether more contemporary (and a lot more fiendish), one costume idea which is bound to be insanely popular this year is none other than Harley Quinn from Suicide Squad – because sometimes it’s fun to ‘pretend’ to be the bad girl! While her new look is all the rage these days, you could really turn some heads and earn some comic book kudos if you rocked up to a party dressed in Harley’s classic jester-inspired suit from the animated Batman series from the ‘90s. Crazy never goes out of fashion!

For even more unique women’s Halloween costume ideas, try searching the web, flipping through magazines, or going through your closet and kitchen cupboards. Ideas abound when you’re willing to spend a little time thinking them through!