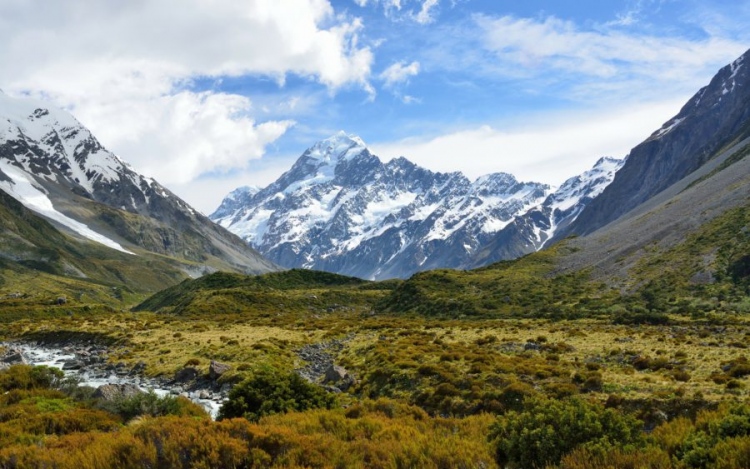 Oceania is the continent that every traveler who loves natural landscapes with beautiful beaches and imposing mountains dreams of visiting.

Within this continent full of islands, today we highlight New Zealand: the green island is known throughout the world, among other things, for being the impressive setting of one of the most famous trilogies in the history of cinema, The Lord of the Rings.

This is why package holidays to New Zealand are a great option when it comes to fulfilling this dream that is visiting one of the most remote and charming places in the world.

The impact of the shooting of the Peter Jackson trilogy The Lord of the Rings in these lands is beyond doubt. In fact, thousands of tourists visit New Zealand year after year to discover in first person the landscapes in which the intrepid adventures of Frodo, Aragorn, Legolas and company were filmed.

In this context, Hobbiton is the most common place of pilgrimage. It is a village of small houses carved out of the green hills of a mountain. In this town, known in the famous film as The Shire; Frodo, Sam and their colleagues start their well-known adventures.

It should be noted that Hobbiton is not a real town but belongs to the city called Matamata. Even so, this filming set is today one of the main tourist attractions in the area.

This is one of the places that best represents New Zealand landscapes. Thus, Milford Sound (called Piopiotahi in Maori), is a fjord located in the southwest of the South Island.

This natural wonder extends 15 kilometers inland, but the most impressive are the huge mountains that surround it. Thus, the crystalline waters of the fjord, surrounded by green cliffs that sometimes reach up to 1000 meters form a postcard that is an unforgettable view.

Wai-O-Tapu (which means Sacred Waterin Maori) is a geothermal active zone located to the north of the Reproroa caldera in the volcanic area of Taupo, Waikato.

In this region, there are unusual geothermal showswe can’t find in the rest of the world such as geysers, waterand mud pools and fumaroles.

This park wasdesignated World Heritage Site by Unesco, and it is not by chance. Its lakes of blue waters, together with the thermal springs and the magnificent volcanoes with snowy peaks constitute a unique landscape. In addition, this area has a wide variety of Maori cultural treasures.

In the center of this park there are three active volcanoes of impressive dimensions: the Tongariro, the Ruapehu and the Ngauruhoe.