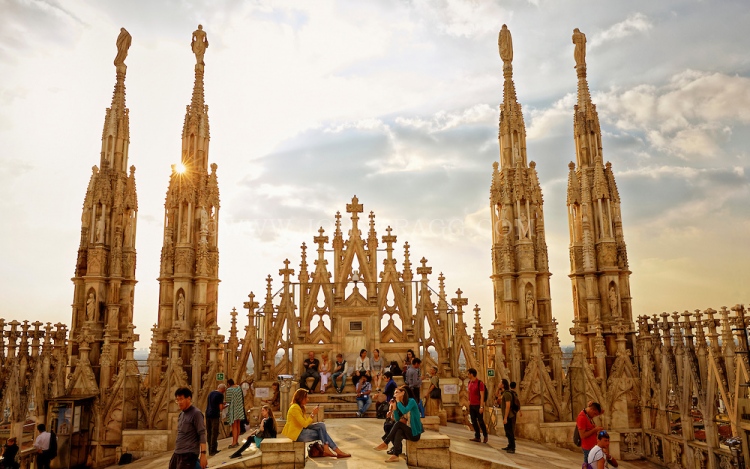 Often, we say, “Rome was not built in a day”. That is correct, but another wonderful city that also was not built in a day, not even in a decade, is Milan.
Milan is one of the most populous cities in Italy and the capital of the Lombardy region. It is a legitimate argument that the beauty of Milan is inexhaustible, but there has to be a starting point for sure. Rental24h in Italy summed up the best experiences in Milan.

Galleria Vittorio Emanuele II is one of Europe’s earliest passage malls and it connects the fore-square spaces in front of the Duomo and the La Scala Opera House. Why not to take a minute to buy something from the elegant shops or bite something in one of the restaurants?

Castello Sforzesco is the castle built by the Duke of Milan, Francesco Sforza, in the 15th century. Today, it houses several museums and art collections. What is more, one of the largest parks in Milan, the Sempione Park, is adjacent to the gardens of the Castello Sforzesco and to the Arch of Peace.

You shouldalso try ice cream in Cioccolati Italiani. It is on the most delicious and beautiful ice creams in Milan.

What can be more picturesque than a setting engineered by Leonardo da Vinci? The Navigli district is a home to many romantic areas, restaurants, and artistic shops. It is surrounded by 5 canals.

If you are looking for unique and cheap souvenirs for your family and friends, you should definitely survey via Paolo Sarpi. It is the center of Chinese community in Milan. It is a big commercial hub, where you will find everything you need.

Have fun in Milan!