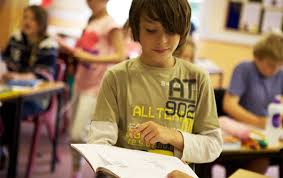 United Arab Emirates’ (UAE) famed Dubai is a desert city that was once barren and bland. Now, it is a bustling metropolis filled with high-rise buildings and complicated roadways weaving throughout the vast expanse of earth and sand. Making an image search on Google and typing “Dubai then and now” shows complete difference between the city as it was presumably in the 1980s or 1990s and the city that people know of today.

The sudden progress of the Arab city in the latter part of the 20th century was not surprising, given its geographical location. Naturally, Dubai is situated on the oil-rich Gulf, and the city leaned on this so-called “black gold” for building the present metropolis. However, the city didn’t only rely on its oil resources. Over the last three decades, Dubai focused on making real estate investments. By the start of the 00’s, property development became a hot commodity, which is the reason why hotels, airports, seaports, and other infrastructure began to emerge like mushrooms.

Slowly but surely, Dubai opened itself up to the rest of the world. Despite being an Arab city, the westernization of Dubai led to the influx of investors, particularly multinational companies, started to take advantage of the prospect of doing business. Indeed, the various industries that keep Dubai’s revenue within tens or hundreds of billions of dollars likewise exposed job opportunities to people of various nationalities, including British people.

It’s easy to see why: the economic growth Dubai is continually experiencing ever since it opened up to foreign investors provided for a stronger demand for workers from various parts of the world. As it is, the Arab city has its key selling points for the Brits:

True enough, these have caught the attention of Brits who have been having a hard time dealing with either unemployment rates in their respected home states or the up-and-down economy of the nation. Even those who are within the upper echelon of the corporate organizational structure like upper-management executives have also desired of transferring to Dubai. This paved the way for the influx of Brits to the city as of late.

A lot of them are expatriates who were either sent by their companies to work and live there temporarily or decided to work and live there permanently with their families. Yes, the prospect of earning wealth is there, but given the city’s westernized look, a lot of them are exposed to certain perks and lifestyle, such as international schools where children can learn, home help services, and of course, tourist attractions. Once you arrive in Dubai, you will almost feel like home because of mentioned factors. However, the culture and norms of UAE are quite different from that of British people, so you may still have to adapt to these changes once you get there. Given that you have already contact a moving company for your belongings and items, don’t forget to research more about Dubai’s culture, laws, and traditions, and British curriculum school in Dubai for your kids, which can help you a lot during your adjustment period.

Indeed, Dubai is surely a haven for Brits looking to showcase their skills as professionals and earn hefty income. In a city wherein industries are expected to exponentially grow in a rapid pace, the prospect of working and living in Dubai continues to be enticing for British people, as well as for other overseas professionals.