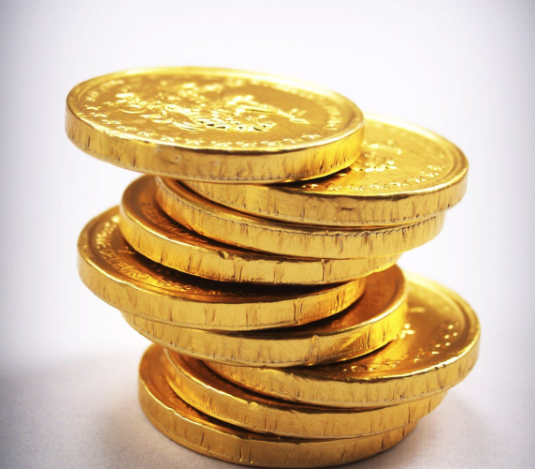 A savvy investor will seize nearly any window to put money into gold via exchange-traded funds (ETFs), associated companies, or purchasing stock in miners. Paper currency may still rule our modern economy, but gold’s aesthetic charms, scarcity, and profound durability uphold its centuries-old status as a uniquely valuable addition to any commodity portfolio.
Ever since the first coins containing gold appeared circa 800 B.C., countless societies have maintained significant stockpiles as fallback insurance in the event their respective currencies should fail and a hedge against dramatic fallout from inflation, deflation and both macro- and microeconomic uncertainty. This precious metal is not merely safe to own. Gold can keep your portfolio afloat by generating respectable returns when other holdings stagnate or lose value.

Gold bullion for sale from vaults owned by global central banks had accounted for a significant portion of the market’s available supply since the 1990s. When those sales lost much of their momentum in 2008, new gold produced from mines had already been trending downward for eight years from 2,573 metric tons in 2000 to 2,444 metric tons by the end of 2007.
Nothing injects a commodity’s market value with adrenaline quite like scarcity, and diminished gold supply is no exception. Each new mine takes anywhere from five to 10 years before entering production. If gold supplies run low, prices could ride a rising wave for years to come.

Increased demand for gold usually accompanies the rise of wealthy emerging market economies in countries where it enjoys a traditionally integral cultural role. For example, few countries anywhere in the world consume as much gold as India. Since that especially goes for ornate ceremonial jewelry, it should come as no surprise that October’s prolific Indian wedding season is usually accompanied by a spike in gold’s global demand. In China, the status of gold bars as a time-honored form of saving has kept gold demand on a dependable keel year after year.
Gold also happens to be one of the commodities most prized among investors as a class into which funds should be allocated regularly. Just four years after its inception, SPDR Gold Trust was recognized in 2008 as one of the largest ETFs in the United States and among the world’s largest holders of gold bullion. Gold fever is incurable.

The more some things change, the more others stay the same. Paper currency values rise and fall, but civilizations spanning the entire globe have cherished gold as a generationally consistent way to pass down wealth through the ages. Paper and other metals can deteriorate drastically over time until their value depreciates entirely.
Gold can be melted over a common flame, reworked and stamped into coins almost infinitely without corroding and possesses a unique, naturally gorgeous color due to the tendency of its fast-moving electrons to absorb some light. This metal might lack the hardness of sturdier elements, but few can retain such valued traits no matter how many times one craftsman after another refines and reshapes them.

Gold prices tend to rise alongside an increasing cost of living. When high inflation has sent the stock market into one dive after another over the past 50 years, investors have watched gold prices hit the roof. As the purchasing power of fiat currency diminishes under the weight of inflation, gold priced in those same currencies is perceived as a reliable store of value and goes on the rise as people feel compelled to invest in something they can trust.
Massive global deflation marked falling prices, slowed business activity, and economies riddled with excessive debt. However, this has not been an international plague since the height of the Great Depression in the 1930s, but the 2008 financial crisis did inflict a lesser degree in some corners of the world. During these fiscally shaky times, people chose to hold their cash in gold and gold coin to counteract plunging prices in numerous other markets. Just as when inflation rears its head, gold prices soared.
Gold is a commodity with unparalleled, timeless long-term staying power. Any diversified investment portfolio should contain some form or another of gold investment as a hedge against events capable of sending paper currencies, stocks and bonds into freefall. There is a good reason uncannily enduring standard-bearers for quality in myriad fields of endeavor have long been called “gold standards.”