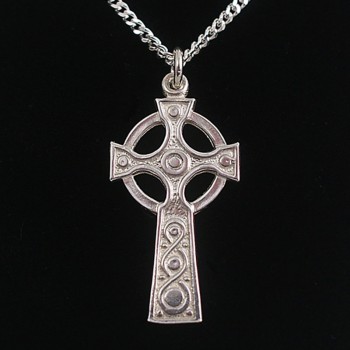 It is common to hear about the Celtic cross necklace among people, but it is only a handful of population who know about its significance and the history related to it. It is not only worn by people who follow Christianity but by other people all around the world also. The Celtic cross necklace containing the Celtic cross pendant is a figure used in many connotations. It is an accessory that is worn and carried by both secular as well as religious people. The normal cross is very similar to this figure.

The only difference between them is that the Celtic cross is does have a ring at its base about the intersection area of the arms. The longer arm of the cross is known to be stem. The entire design is decorated with ornamented intricate Gaelic patterns. The Celtic cross’s base is prepared tall to the conventional Christian cross. This Celtic cross is believed to represent sun by some people, so is also known as the Sun Cross who interpret the circular ring in the central space of the figure to symbolize sun.

What you need to know about it!

Sterling silver Celtic cross necklace has a hallmark on the pendant and is a necklace formed by combining tough metals like copper having different quantity for different pendants and necklaces along with silver. It has an imprinted star pattern on the arms of the cross and is available in various parts of the world. The proportion of mixing silver along with copper is that of around 92.5: 7.5 (silver: copper) generally so that the toughness of silver alloy can be maintained and the sparkling element in the necklace cannot be ignored and compromised.

It was found in Continental Europe that sterling silver was one type of unusual silver alloy that originated in the twelfth century. This was brought to use instead of using pure silver for making it as the pure silver was too soft to be moulded as a piece of an ornament and jewellery. It is not a typical kind of a necklace that can only be worn by females, but it is a necklace that can be worn by both women and men. Celtic cross necklace is a symbol or representation of endless love, friendship and faith in an individual’s life. One can also consider buying it to gift it to someone beloved or to their closed ones. From an old person to an adult or to a kid, anyone can wear it. It has a traditional significance along with an antique and a modern look. Hence, it is preferred by people to wear it.