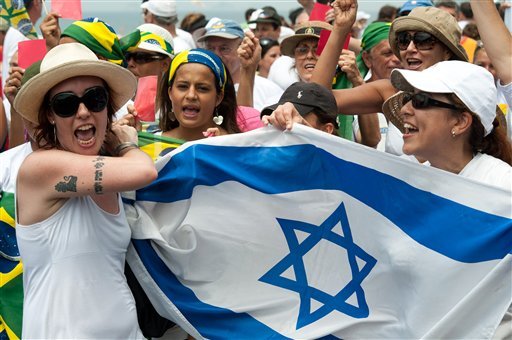 We should find many wonderful reasons to visit Brazil. The country is known for its world-renowned festival in Rio de Janeiro. It takes place about 40 days before Easter and many consider it as the greatest carnival in the world. Brazil is also known for its great beaches, including the world-famous Copacabana beach. It attracts millions of people each year from around the world. Brazil is also known for their friendly and hospitable women and they are known as “Cariocas” in Rio. Finding women is easy in Rio, because there are more women in the country, about 100 women for every 90 men.

It is a good idea to consider surfing in Brazil and the most popular surfing beach in the country is Arpoador. There are also impressive surfing beaches in the country, including the Fernando de Noronha island and Florianopolis. Brazil is also known for its fitness culture, because many people love to walk on the beach showing their muscular body. If we have a keen interest to stay in shape back home, we should consider joining them during exercises. This should also allow us to communicate with locals. This is also the reason why we see a smaller incidence of obesity, especially among younger generation.

People who are learning Portuguese should find Brazil a good place to practice. However, we should be aware that there are some differences between Portuguese spoken in Portugal and the one spoken in Brazil. Even so, this could still be an interesting experience, especially if we want to broaden our knowledge and seek to experience different way to speak the language. Brazil is also known for its tasty foods. Popular dishes include Frango Asado, which is barbecued chicken with fries and rice. Other than Copacabana, Ipanema is also a popular beach and it is generally a safe place to stay.

Brazil is blessed by great weather throughout the year, with about 75 degrees temperature. There are also many wonderful nightclubs in Brazil, especially in Rio. Each club could be intended for specific music genre, such as hip hop and dance. Brazil is known as the center of soccer and it is the right place to experience the local soccer culture. Maracana Stadium is the most popular stadiu in the country and it is where the local club, Botafogo and Flamengo are based. Although Brazil has some periods of political instability, it is generally a very stable country.

Brazil is one of the BRICS countries and it has rapidly improving economy. If we have intentions to do business, we should take advantage of the unprecedented period of investment and economic growth. Brazil is clearly one of the easiest places to so many things. As an example, we could ask locals whether we can join them in beach soccer games and they are usually very welcoming. It should be noted that people from Europe, the United States and the United Kingdom could find it appealing to buy things in Rio, because their currencies are stronger than Real.