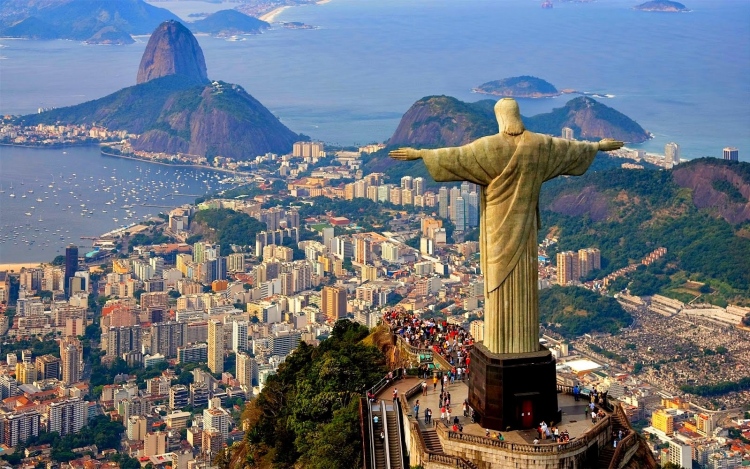 Brazilians are among the most open minded people in the world. We could see the absorption of different cultures, including Portuguese, indigenous natives, African, North American and others.

Beach life is considered an important part of culture in Brazil and it has attracted many tourists. As an example, beaches of Rio de Janeiro are considered to have one of the largest New Years party in the world. While we are experiencing a beach life, it is a good idea to try the local’s popular cocktail drink, the Caipirinha. It is both potent and delicious, enjoyed by many people, including foreigners. When visiting Rio, we should also go to the Corcovado or Christ the Redeemer and it’s one of the most popular landmarks in the world. Sugar Loaf mountain is one of the major attractions in Brazil and it is considered one of the most important natural wonders. It is located near Rio and can be reached by public transportation by travellers who are staying in the city. Another place to visit while we are in Rio is the Botafogo Bay, with its marvellous beachfront and great neighborhood. Visitors could also go to popular shopping centers in they seek to buy a few items. Other than Rio, we could also visit Bello Horizonte and it is the capital of Minas Gerais. Like Rio, it is also a popular leisure area.

Bahia is the fourth most populated states in Brazil and it could offer us with rich cultural and historical attractions. Salvador is the capital of Bahia and the city is located near world-class beaches for surfers. Recife is one of the biggest metropolitan areas in the country and it is focused around the city of Pernambuco. Recife should be a great place when we seek to experience the culture of Brazil. Fortaleza is the capital of Ceara, also with moderately dense population. People typically visit Fortaleza for its exciting nightlife. There are many disco clubs and night clubs that are available throughout the week.

Floripa or Florianopolis is located at the southern part of Brazil and it is located in the island of Santa Catarina. The area is known for its intensive surfing culture with 42 pristine beaches. It is considered among the most important places for foreigners to stay in Brazil. Florianopolis should be a great destination for many Europeans and North Americans. Porto Alegre or the Joyous Port is among the smaller cities in Brazil, but it is a dominant economic, political and cultural centers in Southern part of Brazil. It is also a place where Brazilians typically have the highest standards of living.

Curitiba is a capital of Parana and it is also among the wealthier states in Brazil. It is the place where Brazilians of European descent live. Travellers could go to Curitiba if they seek to have a more upscale experience in Brazil, as Rio is admittedly plagued by its troublesome favelas and others inconveniences.