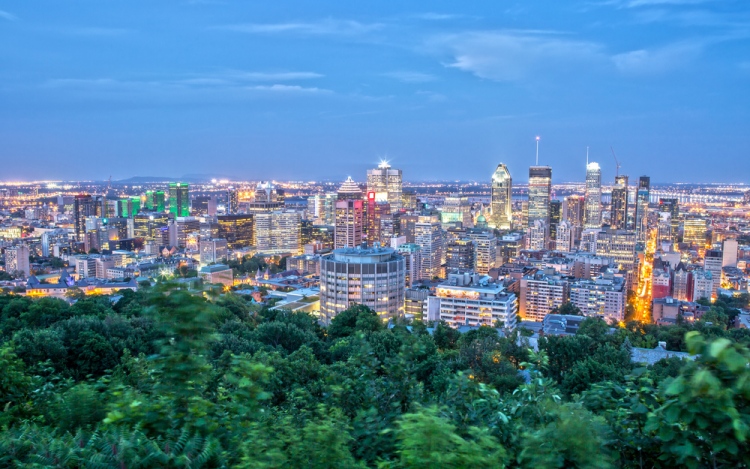 So, you’ve heard from a friend that Montreal is such a wonderful city. Featuring a vibrant art scene and people who are generally kind and warm, this Canadian city is worth settling down in if you’re in need of a place with a strong dose of culture.

Its commercial and business districts are also at par with other major cities, and yet surprisingly these developments don’t hinder it from having abundant green spaces. This perfect urban-and-nature balance makes the place even more appealing to people to both Canadians and foreigners.

If you are eyeing to invest in a luxurious real estate in Montreal, here are some nice-to-know trivia about the city:

* In terms of population, Montreal is Canada’s second largest, next only to Toronto. The metropolitan area boast of a 4-million-strong population.

* Its official language is French. A whopping nearly-70 percent of its population speak this romantic language.

* It is considered as the second biggest French-speaking region in the world (obviously next to France).

* It is popular for its winter season — long, cold, wet and icy. This condition, however, doesn’t make Montreal lesser of an attraction. During this period, you can bring on those skating skills, or simply socialize through different festivals like Igloofest.

* When summer strikes, daily temperature ranges between 23 to 27 degrees Celsius. If you’re family oriented, you can make the best of this season by taking your loved ones to a public park.

* Speaking of public parks, Montreal has a combined park area of 2,000 hectares.

* If you need a lane for you bicycle ride, this city’s well-engineered bike lane network would be a very appealing feature. Its people also share a strong bicycle culture, which only fosters and nurtures your passion for this sport/type of exercise.

* The area is culturally diverse. It even has its own Chinatown, Little Italy and Little Portugal neighborhoods.

* The city is also alive with the energy of its huge youth and student populace. Known as Canada’s capital for university students, this place is home to at least 18 premier academic institutions thriving with passionate and driven individuals.

* It’s not only in the youngsters where you can outsource your daily dose of happy vibes. Travel guide website The Lonely Planet has ranked Montreal as the second happiest place in the world.

* Statistics also claim that a huge 94 percent of its individuals say that they are content with their lives.

* If aesthetics is your concern, you need to relax. UNESCO has once cited Montreal as the “City of Design”.

* This Canadian city is also packed with several music and arts festival. It is also punctuated by the presence of many art galleries that could help unleash your creative side.

* Montreal is where many of Canada’s own film, radio and TV productions were shot.

* Apart from its beauty, Montreal’s business industry is also another highlight. Its biggest industries include transportation, electronics and pharmaceuticals.

* It is regarded as one of the world leaders when it comes to aerospace. Aerospace centers offer around 40,000 jobs.

* To further prove the city’s good economic status, here’s another fact — Montreal has the world’s largest inland port. The Port of Montreal witnesses the annual passage of over 26 millions tons of cargo. The products being shipped to and fro the area are sugar, grain and oil products.

* If you’re opting for public transport, Montreal has got your back. It has a transit system that has over 180 bus lines, plus multiple lines with around 70 stations.

* Montreal’s 300-year-old history is rich with events that make it even more impressive!