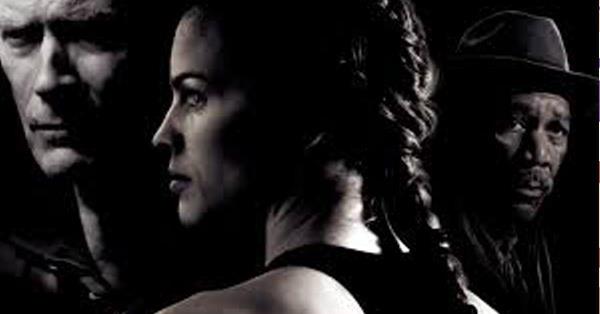 It surely feels great to watch boxing films and many of us regularly watch important boxing matches. We would line up to catch a popular boxing movie. However, not everyone has the same enthusiasm; although they still consider boxing movies as interesting. It would be necessary for these people to catch up and watch these movies

The young Rocky Balboa appeared in 1976, running in the downtown Philadelphia with an ambition to make things better in his lives. He set his sight on becoming the next heavy weight champ, by defeating Apollo Creed. As a publicity stunt, Apollo Creed was set up to win. Rocky is Sylvester Stallone’s most popular character other than Rambo. Carl Weathers played Apollo Creed and Adrianne was plated by Talia Shire. Rocky is about a real boxing underdog who finally able to achieve triumph in the boxing scene. The film was directed by John G. Avildsen, an Oscar Winner director. The sequel, Rocky 2, is also quite good and it was named the rematch of the century, where Rocky fight against Apollo Creed again. In Rocky 3, he loses the match after being pitted against Clubber Lang. Rocky trains with Apollo Creed, his past foe, to win back the lost title and gain admiration again. In Rocky IV, Rocky fight against Ivan Drago, which was played y Dolph Lundgren and it was a good depiction about how the Cold War affected the world of sports. The Rocky V was released in 1990 and 30 years after the first movie, “Rocky Balboa” was released in 2006.

It is a movie about boxing during the Great Depression in North America. Russell Crowe played as James Braddock, boxer in 1930’s. He has lost everything and simply wanted to feed his family. He is trapped in poverty and failure. He has only three fans, one wife and two kids. Mae Braddock, the wife, was played by Rennee Zellweger, who sticks with the family despite the unavailability of basic necessities. Joe Gould, Braddock’s former coach shows up and he offers an opportunity for another go. Braddock is an icon of hope, among average people, who have been devastated and ruined by the economic and social conditions.

It is a biographical movie about the famous Muhammad Ali. The film is set between 1964 and 1974. We see many important event in his career, such as match against Sonny Liston, conversion in faith, resistance against Vietnam war, expulsion from boxing, match against Joe Frazier, return to boxing and the famous “rumble in the jungle, when he set up against George Foreman in 1974.

The film won 4 Academy Awards, as Best Picture, Best Actress (Hillary Swank), Best Supporting Actor (Morgan Freeman) and Best Director (Clint Eastwood). The film is about the life of a 31-year old waitress, who wants to become a great female boxer in the class.