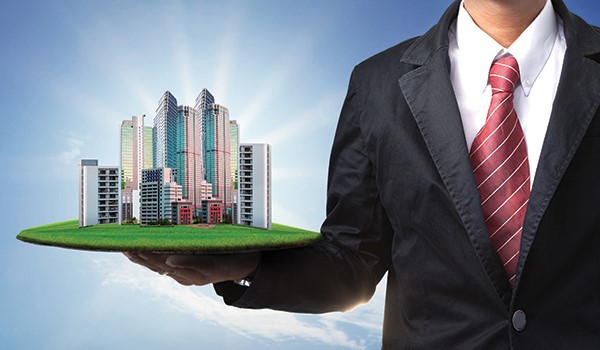 The real estate investments have always been considered safe, both by retail as well as institutional investors. However, the bearish market sentiments and sluggish economic conditions meant that the investors were stuck in the market and were unable to liquidate their investments. This is no longer valid and property investment is once again back to being a prudent investment. Here are the 5 big reasons why real estate investments are the flavor of the season –

The NDA government in May 2014 led by single largest party in the form of BJP has bought cheers to realty investors. Since the government is in majority, it will be able to expedite the growth and revive the sinking economy. It no longer has to fall back on its allies to take the major decisions related to infrastructure, growth and development of the country.

The improving economy has meant that more jobs are being created; country is again getting investments and the major infrastructure projects like building national highways, metros, new rail lines, building of new airports, SEZ projects, etc. are back on track. This will eventually lead to boom in realty sector and investors can expect double digit growth, year on year. The World Bank has given its approval on improved economic conditions in the country and has forecasted the growth rate of 6.4% for 2015-2016.

The new government has immediately got down to business and has undertaken host of reform measures to revive growth in real estate segment. They have –

Buoyed by the reform measures and the Prime Minister Shri Narendra Modiji’s dream to build 100 smart cities, there have been several new launches especially new projects in Chennai, Ahmedabad, Palghar, Pune, Nashik, etc. In addition to this there are hundreds of upcoming residential projects across the country including tier 2 and tier 3 towns.

The investment cycle has revived big time in properties especially after the positive ratings that India (market) has received by the brokerage firms and by rating agencies from across the globe. Just recently, Standard and Poor has improved India’s rating from negative to stable. This means, both institutional as well as retail investors now have renowned confidence in our economy and will substantially raise their investments. The biggest beneficiary is expected to be real estate with the foreign investment expected to double from the current levels in next one year.

With the inflation subsiding and the interest rate expected to come down substantially over the next 12 months, better days are ahead for the property market. In fact some of the leading banks have already cut down the interest rates on Home Loans by 10 to 15 basis points. This will further improve the confidence in realty segment and will increase the transaction volume.