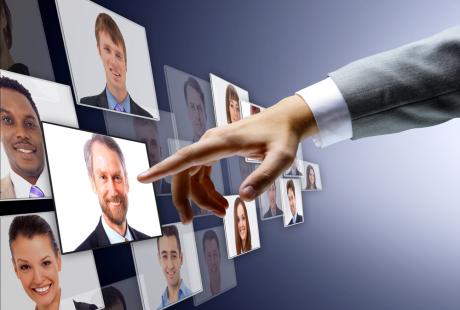 Workplace technology has come a long way, but we’re always wondering where it is headed. Fifteen years ago, sending an email from your mobile phone was a futuristic notion, but today we can even log in to the office no matter where we are and attend meetings at the click of a button. How will future technology affect the way we work in the next few years?

The line between mobiles, laptops, and tablets is becoming increasingly blurred, and the device you carry in the future may be worn as a necklace or wristwatch, and unfolded when you need to send an email or answer a call. The battery will charge using solar energy, so you don’t even need to be near a power socket.

Researchers at the Massachusetts Institute of Technology have already developed a prototype, SixSense, which is a wearable device that can turn the world around you into a computer. Need to send an email to your partner? Just project a keyboard into the air and begin typing. Want to Google something? A screen will appear in view, and you can start navigating using gestures.

No more gigabytes! It is predicted that by 2025 there will be 100 zettabytes of data stored around the world (to compare:  one zettabyte is equal to slightly over 931 billion gigabytes).

Instead of your face appearing on a screen for a teleconference, a 3D avatar will appear in the boardroom. Microsoft is already hard at work on holographic technology using infrared cameras to create a 3D hologram of remote users at Velocity Virtual locations. This could make it incredibly easy to socialise and work in several different countries at the touch of a button, so your entire networking experience will be truly global.

Robots will be used for those mundane administrative jobs. They will be able to book your travel arrangements, answer phones, pay bills, and even balance the books. The overall effect we can look forward to is more free time and more space to create and innovate. When automation and robots do our most basic work for us, it becomes relatively easy for us to be clothed, fed, and sheltered. We may be left wondering what humans are good for!

The new work-anywhere culture already allows people to choose when, where, and how they work. Thanks to this, we are continually improving our productivity. British Telecom, for instance, found that employees who were able to work where they choose are 20 percent more productive than their office-based co-workers. Those flexible people also tend to take fewer sick days and report far greater job satisfaction. Once flexible working really does become the norm, we can all look forward to reaping a myriad of benefits.