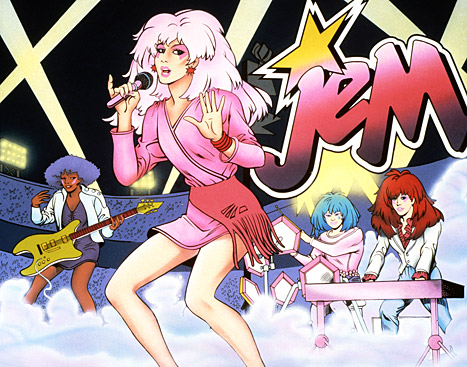 The new Jem film reboot won’t hits the streets until 2016, but my inner childhood-fangirl is already squealing. I’ve adored Jem and her ilk since I was about five years old. A couple years back, I found a handful of Jem VHS at a thrift store and they thoroughly renewed my devotion. (How could I have forgotten that Jem was “the first rock star to win the Indy 500”?!)

For the record, I also just learned JemCon is a thing. If I could’ve dropped everything and hoofed it up to Toronto a couple weeks ago, I totally would have. Since that didn’t happen, I thought I’d round up a few awesome Jem cosplayers – including Jem’s nemesis, Pizzazz, and her band, the Misfits (who always had better songs – c’mon, it’s totally true). Let’s take a look… 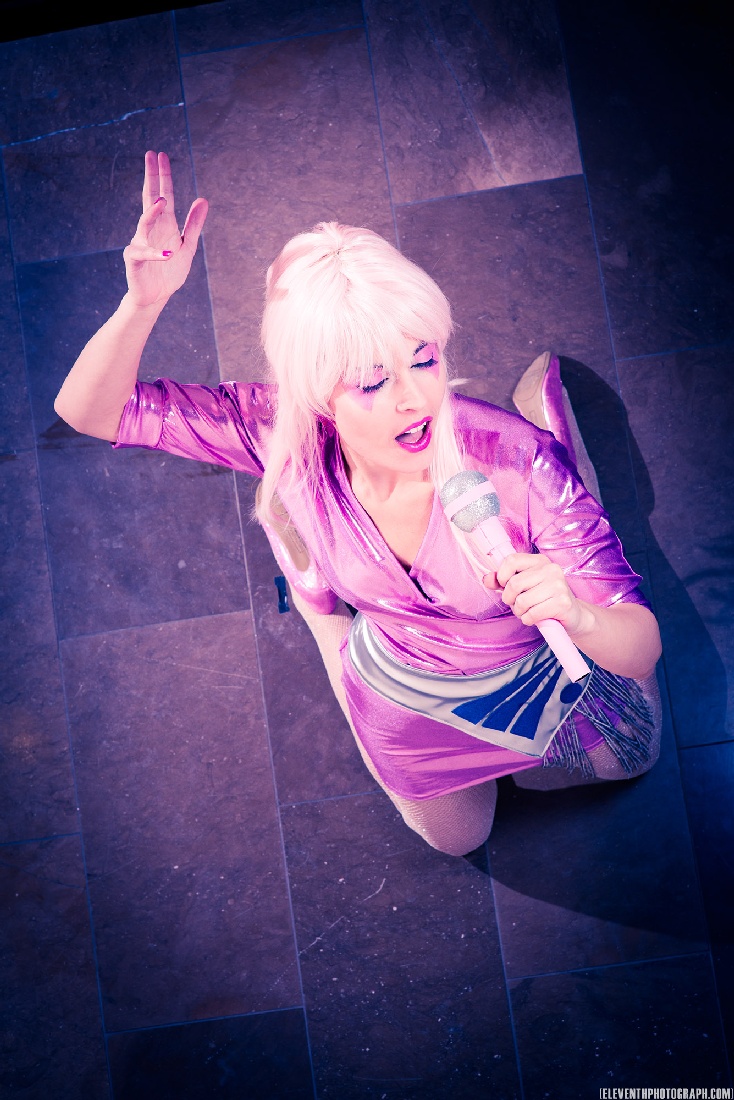 Cosplayer AmmieChan belts it out in a perfect Jem get-up. It’s showtime, synergy! 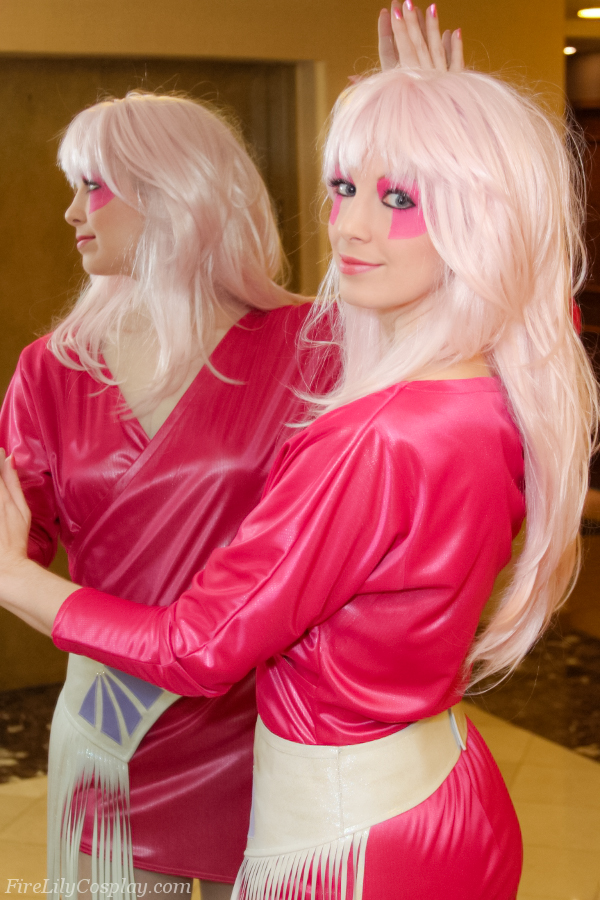 One of them is actually Jerrica Benton (yuck, yuck). Cosplaying guru Fire Lily is spot-on, as usual. 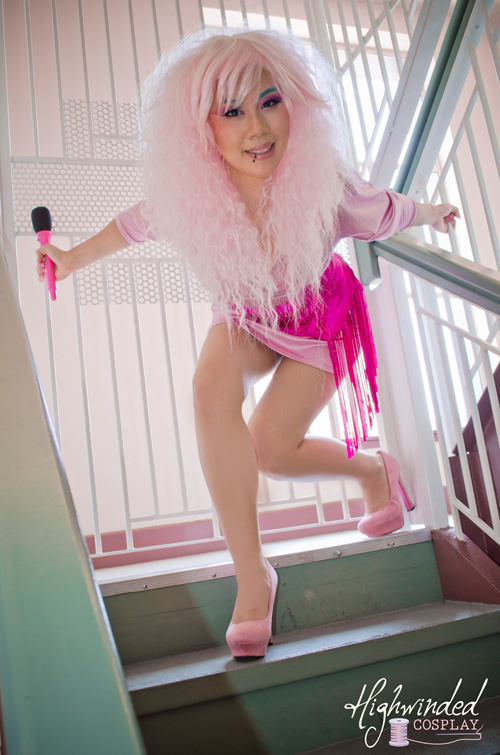 Just one of Rammy’s many amazing cosplays. Creativity points for the blue eyebrows. 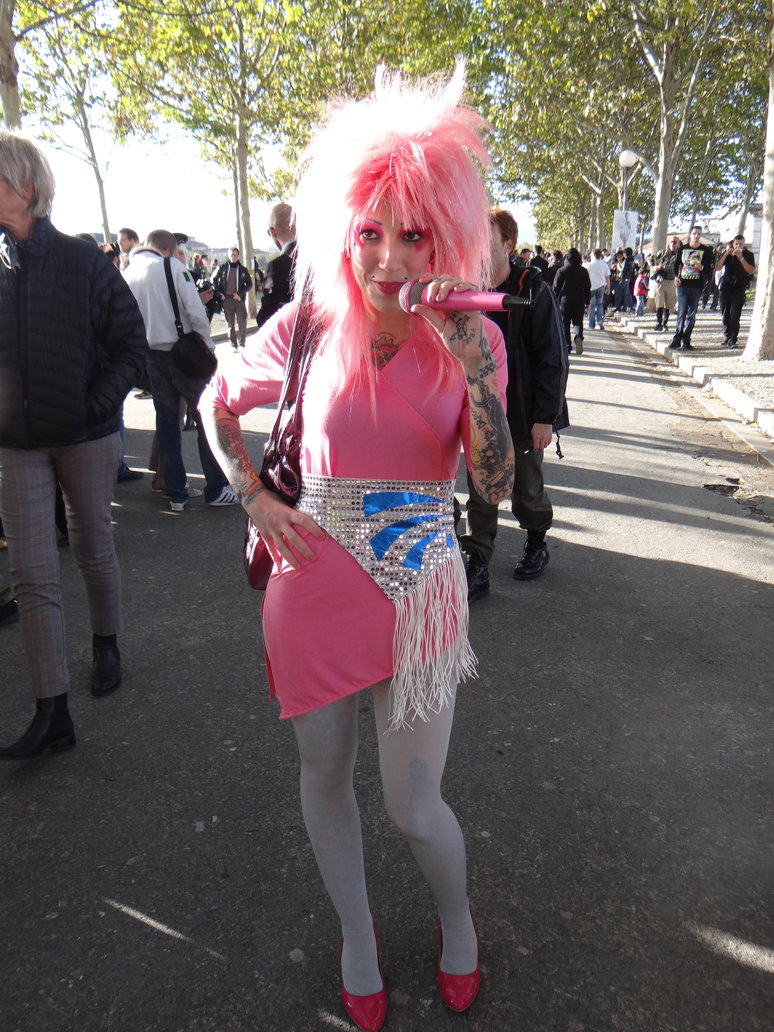 Jem goes punky in a candid street snap. If the cartoon was from this decade, several characters could feasibly have sleeve tattoos… 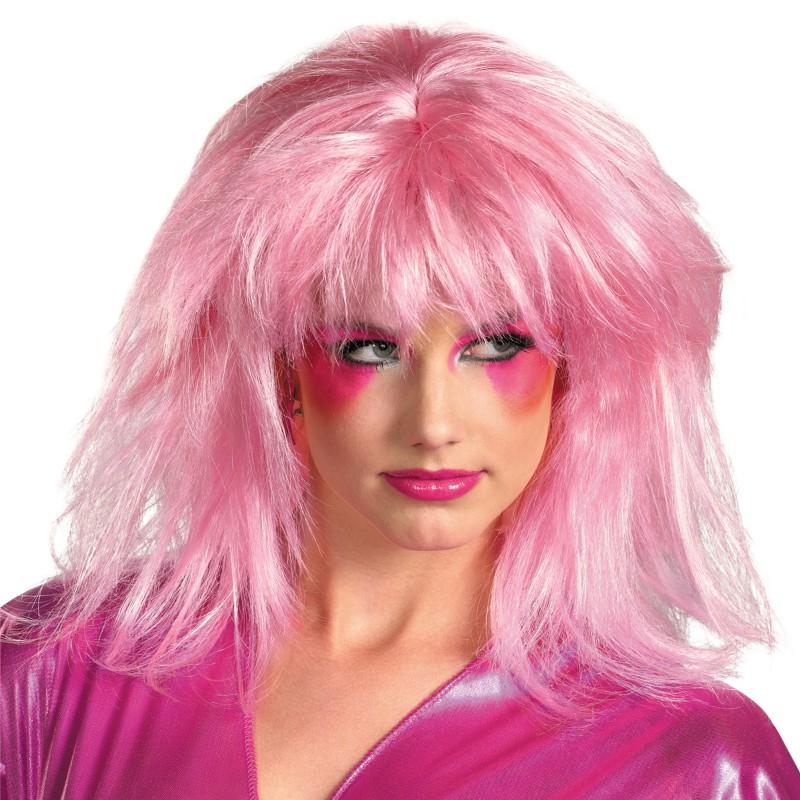 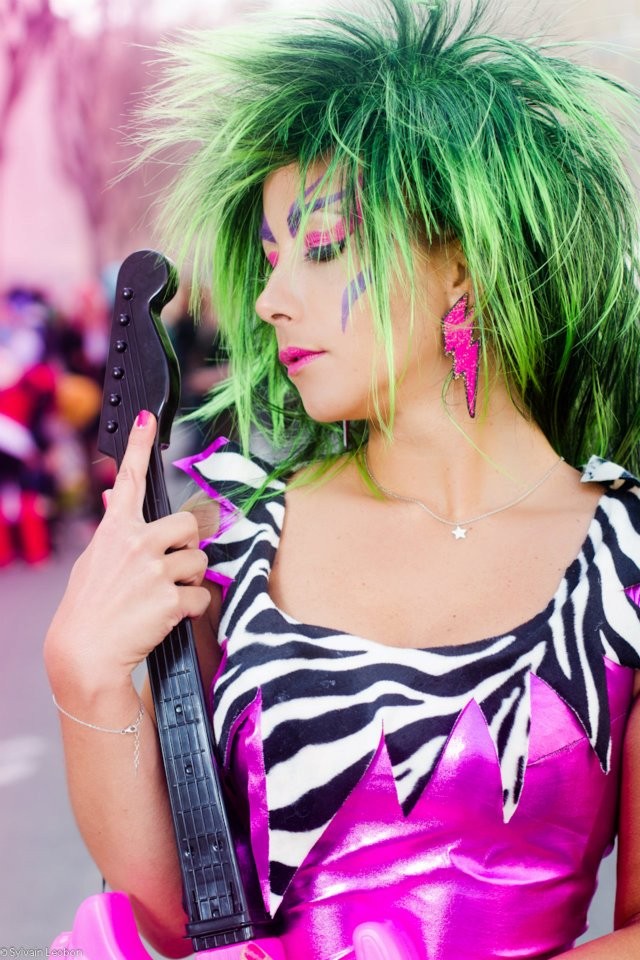 Pizzazz had this amazing Bronx-honk of a voice and was downright nasty. This gal’s got the details. 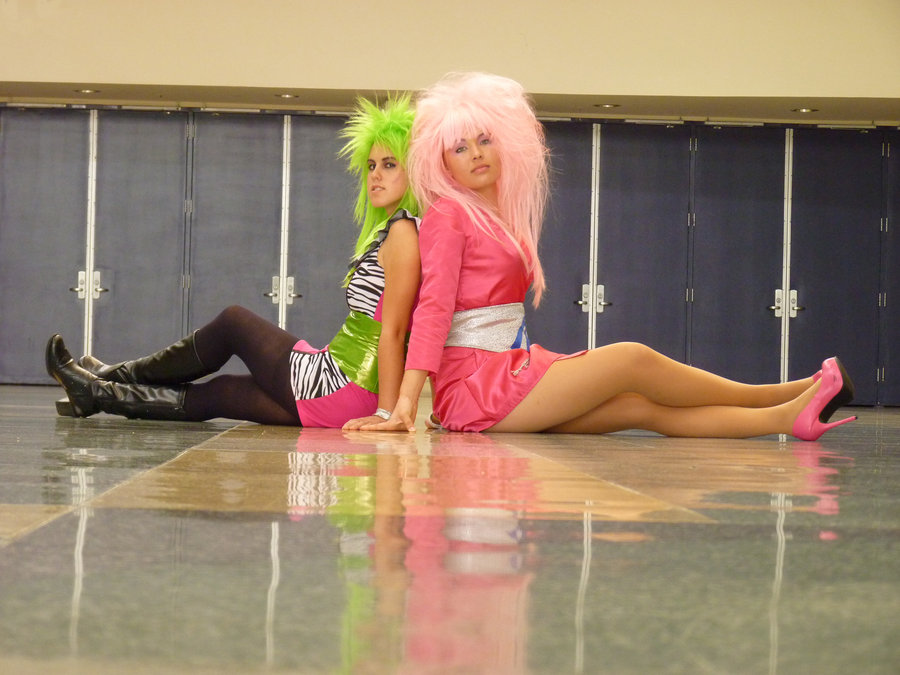 This is totally 80’s-tacular! However, I can’t help it: I keep thinking, ”Man, her butt must be chilly”. 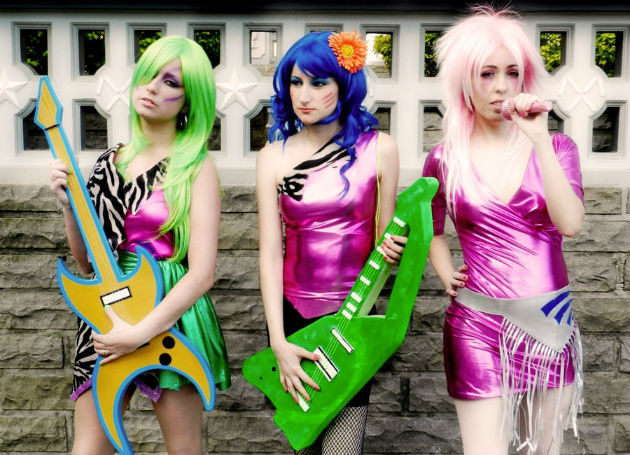 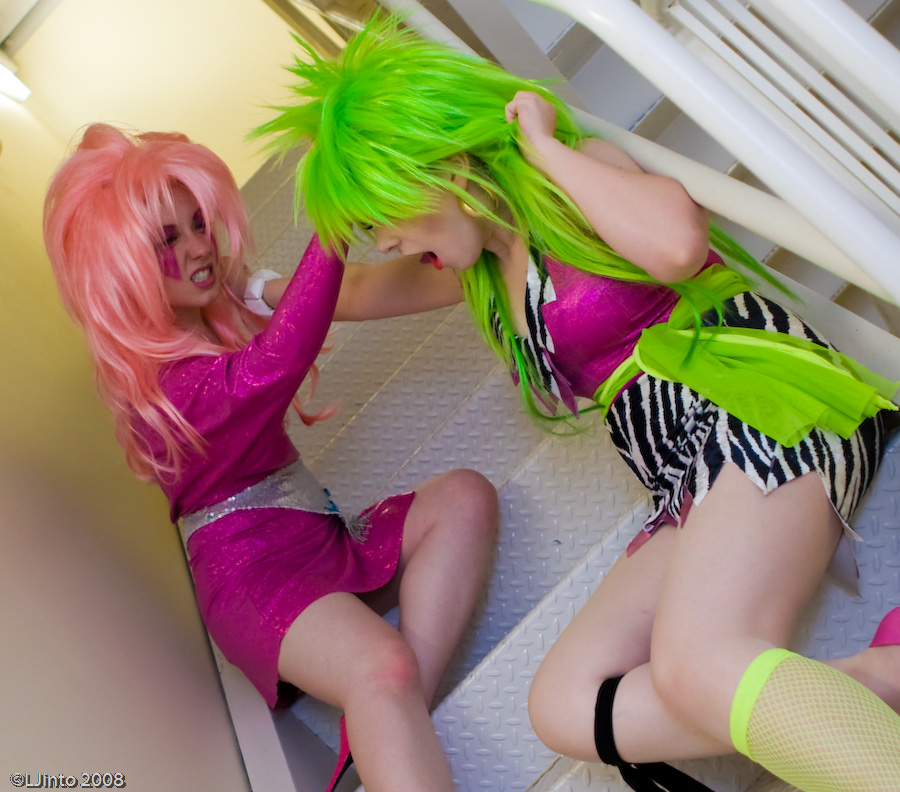 The protagonist and the villain brawl in a stairwell… No big deal. They look phenomenal. 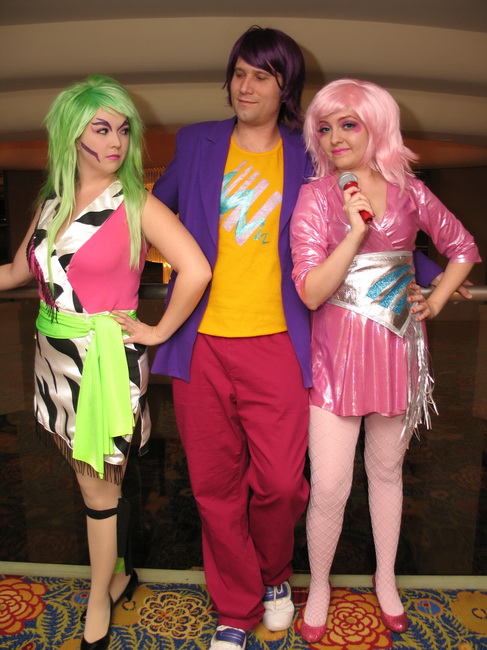 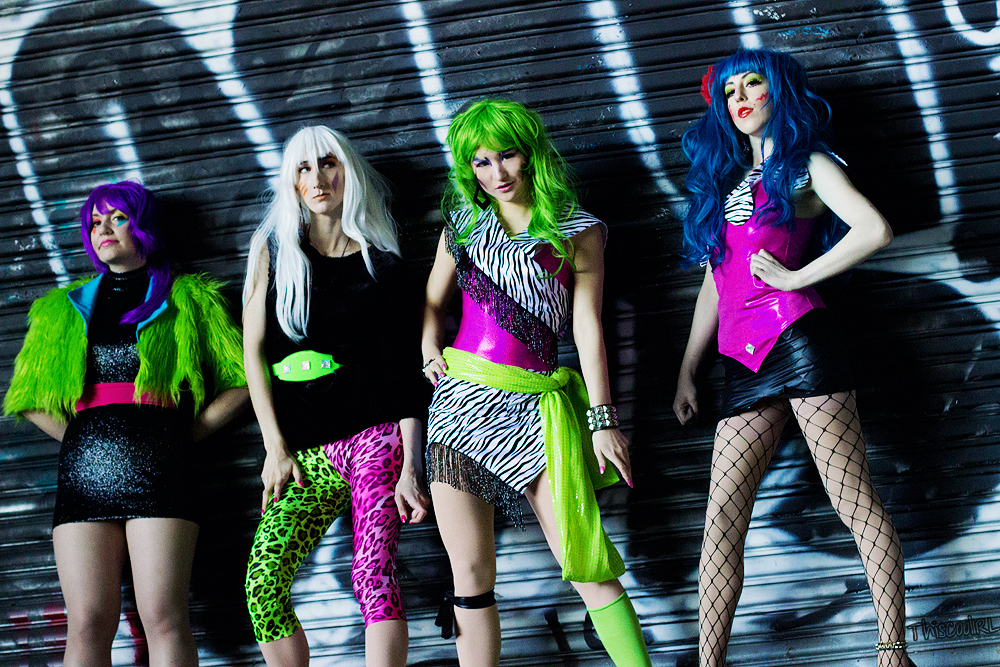 The Misfits! For life! These ladies are absolutely perfect and I’m loving the tagged-up tableau.