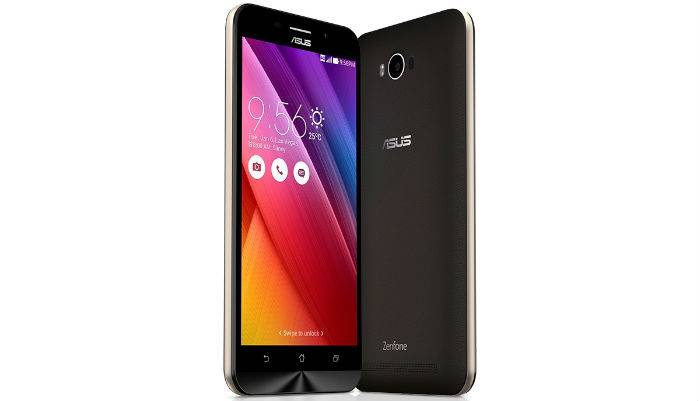 The Taiwanese tech Giant ASUS launched a new smartphone positioned in the midrange. The Zenfone Max has  a very interesting feature: it has been equipped with a battery capacity of 5000 mAh. Also works as a power bank, That it can also be used to power other devices. Of course, but also for tablets or even connected watches. And a 13 MP rear camera sensor with f/2.0 aperture.

Aesthetically speaking, it includes all the codes of the brand, and range. It is well equipped with a nice two-tone plastic shell with three sensitive buttons below the screen.

For the rest, the Zenfone Max is also entitled to a 5.5-inch IPS screen capable of displaying a Type HD 720p, and therefore of 1280 × 800 screen resolution and the display glass designed with Gorilla Glass 4 to protect it from dust and scratches. For the processor, Under the hood we will find Qualcomm Snapdragon 410 CPU with a 1.2GHz quad-core CPU coupled with Adreno 306 GPU, includes 2 GB of RAM and it comes with internal memory of 8GB/16GB of on-board storage options, and it will be possible to extend micro SD port supports upto 128 GB.

In addition to its huge battery, a power of 5000 mAh with non-removable battery, For photo sensor At the rear, the ZenFone Max features a 13 megapixel sensor with LED flash with f/2.0 aperture, And front camera of 5 megapixel sensor with similar f/2.0 aperture and It’s wide angle (85 °). And this smartohone runs with an operating system of Android Zen 5.0 with 2.0 UI on top. And  It will support the connectivity to networks such as 4G / LTE and a dual-SIM. The Max Zenfone will be available in October and no price has been revealed yet.

Picture side, It has designed with a sensor 13 megapixels rear camea and a front camera of 5 megapixels. And a 3000 mAh battery and it will be compatible with Boost Master technology. And it runs with operating system of Android 5.0 Lollipop. ZenFone 2 Deluxe priced at INR 22,999.