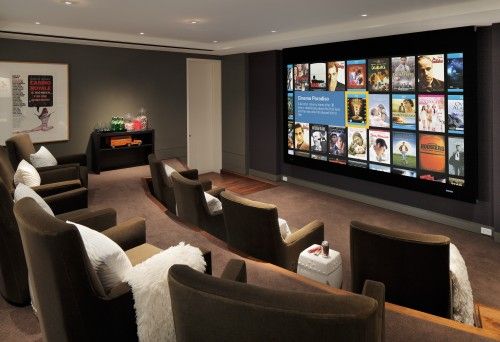 Today, we can set up complete and sophisticated home entertainment. However, many people are still unfamiliar with the basics of this form of entertainment platform. The most basic form of home entertainment system is just a TV and antenna. However, we could expand this significantly, starting by adding satellite and cable TV connections. This will allow us to get hundreds of additional TV channels. The next thing we can do is to add external audio system, to complement or substitute the built-in speakers on the TV. Then, we would add DVD and Blu-ray players, so we will be able access content from optical storage media. Finally, it is now considered as standard feature to include Internet connectivity to our home entertainment system. Smart TV systems allow us to stream films, TV series and music from the Internet. Also, we may add gaming components to the system, such as latest console models from the Xbox and Playstation series. Despite all the complexities and features; home entertainment systems are still about two things: Pictures and sound.

Based on this fact, we should start with the core of our home entertainment system, the TV set. Depending on our budget, we should choose TV set with the largest screen size and the highest resolutions. As an example, by buying 4K TV sets we could make sure that our home entertainment system to become more future proof. It is also a good idea to choose smart TVs that are actually a kind of hybrid between TV and computers. They don’t work like standard computers, but obviously much smarter than standard TVs, with their built-in processor, operating systems and Internet connectivity.

It is often argued that optical media has started to become obsolete, due to the presence of Internet in homes. However, not all families want to regularly stream large-sized 1080p content to the screen. They may not have the necessary data speed to achieve this capability. DVD and Blu-Ray are more convenient way of playing movies in our home entertainment system. We could rent or purchase multiple discs with a single trip to the stores or vending machines. Also, these optical media players don’t need cable and satellite signals; so we could still watch entertainment content; even if we are disconnected from the Internet and cable/satellite TV providers. This is useful for houses located in more remote areas, with erratic or complete absence of typical connections.

Because the concept of home entertainment system revolves around picture and sound; we could enhance the experience by improving the sound component. There are many external speakers that can provide us with amazing 3D surround effects. It means that it could simulate the distance and direction of the sound, causing our brain to believe that the sources of the sound are in our living room. This will require the placements of multiple speakers at different areas of our living room. However, this would significantly improve our experience. Home entertainment systems, no matter how simple they are, can be considered as the primary sources of entertainment at home.