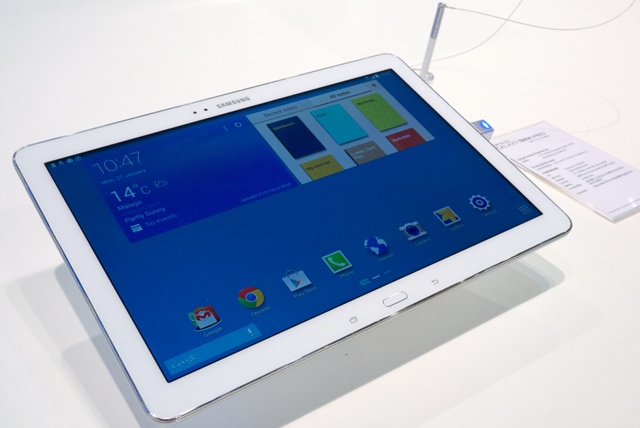 When it comes to tablets, the iPad is still king. But just as Android phones slowly chipped away at the iPhone’s once-dominant market share, Android tablets are on the upswing. For a look at the upcoming Galaxy S7 check the website: http://galaxysseven.com/

“The latest generation of Android tablets are a quantum leap from where they stood a few years ago,” said entrepreneur Jason Hope. “The best of them are legitimate competitors to the iPad, and offer a winning combination of great specs and powerful, stable software.”

Let’s look at some of the best Android tablets on the market in 2014.

For buyers with budgetary concerns, there is perhaps no better choice than the Nexus 7. Coming in at around $200, the tablet runs Android’s latest iteration, KitKat, and has a functional but not overwhelming high definition display. The least expensive model comes with a mere 16 gigabytes of space, so this a device best suited for those who aren’t afraid to spend a lot of time in the cloud.

The Nexus 7 is powered with a 1.5 gigahertz processor and has adequate if unspectacular imaging capabilities. While this tablet is a great deal for the price, it also comes with another significant benefit — Google devices are typically first in line for new updates.

While the Nexus 7 is “good enough for a great price,” the Galaxy Note is essentially the reverse — a great tablet at a good (around $500) price. The Galaxy Note is Samsung’s signature tablet, and as such it boasts excellent specs and hardware. A ten-inch high definition screen delivers sharp picture quality, and the camera quality is good.

The device comes with up to 64 gigabytes of storage, and has wi-fi and cellular capabilities. The Note, like its smartphone brother of the same name, comes with a handy stylus. Designed to be a head-to-head competitor to the iPad, the Galaxy Note 10 is a headline device that matches Apple’s tablet in a lot of key areas. For longtime iPad users looking for an Android option, the Galaxy Note 10 makes a nice selection.

For those who appreciate the Nexus 7’s value but need a larger screen, the Nexus 10 is a logical choice. Despite what many may believe, the Nexus 10 isn’t merely a blown up version of its smaller cousin. The Nexus 10 is made by a different manufacturer (Samsung) has a faster processor, better display, stronger build quality and superior camera.

It also has a higher price tag, however, clocking in at about double the cost of the Nexus 7. Like the smaller tablet, the Nexus 10 comes with gold standard support when it comes to updates.

The latest entry in Amazon’s successful Kindle line, the HDX is a great value proposition that offers enough functionality to get most jobs done. The specs aren’t going to impress hardcore techies, but specs aren’t really the hook with the Kindle Fire. Those who love Amazon’s ecosystem gravitate toward this device, as it seamlessly integrates all Amazon functions into one central location. For a pure content consumption device, the Kindle Fire HDX is right there with the iPad Mini. With a price tag of just over $200, it’s a great budget option.

Selling at around $300, the LG G Pad is positioned somewhere between the budget tablets and their high-dollar flagship brethren. The G Pad has a striking design and a very impressive display, but its hardware is far from cutting edge, so it suffers it bit in the performance category. Despite being a bit long in the tooth, this is still a well-made, powerful device that is one of the biggest bargains on the market at its current price.

For those who love their Galaxy series smartphone, the Galaxy Tab offers a version blown up to tablet size. Because the devices are very similar, those looking for the Galaxy experience but slightly scaled up should give this tablet a chance. At about $300, it’s a moderate bargain, making it a viable alternative to the iPad mini.

About Author: Amy Taylor is a technology and business writer. Amy began her career as a small business owner in Phoenix, Arizona. She has taken that knowledge and experience and brought that to her unique writing capabilities. She really enjoys new business related issues that are tied directly to technology.