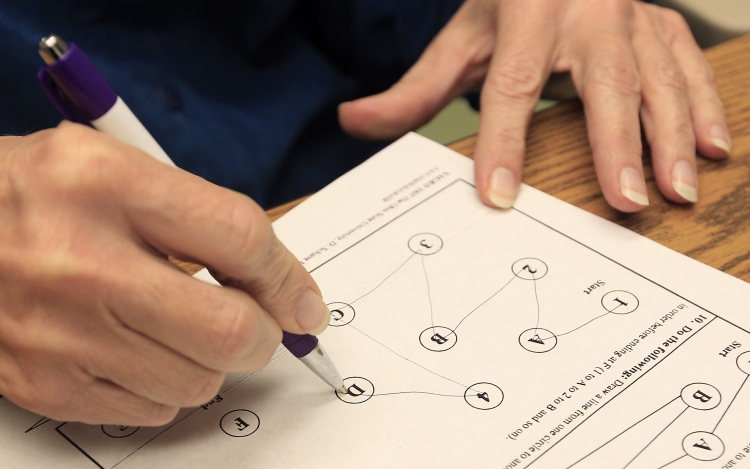 According to Alzheimer’s statistics, worldwide nearly 50 million people are suffering from Alzheimer’s or related dementia. Alzheimer’s represents the 6th leading cause of death in the American population. So, what exactly this disease is? And how does it damage an individual’s daily activities?

Alzheimer’s disease is a long-term brain disorder that causes brain cells to degenerate and die. Symptoms develop slowly, get severe with time and may affect day to day activities. Individuals may go through a continuous decline in thinking ability along with behavioral and social skills that incapacitate a person from functioning independently. The initial signs may be a failure to recall recent activity or event, and at the severe stage, a person may face severe memory impairment. Constant decline in memory, the onset of the disease over the age of 60 and feeling of inferior performance compared to the same age group are some characteristic features of Alzheimer’s. Individuals with a family history of Alzheimer’s are at a more considerable risk of developing the disease at some or the other instance of their life.

There have been consistent efforts in the diagnosis of Alzheimer’s disease. Diagnostic tests that lead to accurate diagnosis can assure quality care and treatment. One of the techniques involves the use of biological markers for confirming Alzheimer’s. Biological markers of specific proteins help to confirm Alzheimer’s. These biomarkers can be isolated in cerebrospinal fluid (CSF) – the fluid that is the present brain and spinal cord that performs vital functions and provide mechanical and immunological protection. Amyloid plaques and tau tangles represent characteristics of Alzheimer’s. In July 2018, the breakthrough designation was assigned to the biomarker’s test for the diagnosis of Alzheimer’s disease by the US FDA. These techniques are developed by Roche, a Swiss biotech company.

At the beginning of the 21st century, positron emission tomography (PET) scanning helped imaging amyloid protein. Not long-ago PET scan was successful in imaging tau protein as well. The excessive cost of a brain PET scan ($3000-$5000 per patient) makes it less likely to exploit this diagnostic technique.

Spinal tap or lumbar puncture technique provides an alternative or addition to the current diagnostic practices of Alzheimer’s. The spinal tap technique is minimally invasive. The spinal tap technique involves the insertion of a hollow needle between two vertebrae and a sample is withdrawn. This test enables health care professionals in protein detection. The results either confirm Alzheimer’s or the possibility of other dementia or some other medical condition causing a patient’s memory impairment.

One thing is absolutely evident that Alzheimer’s has developed no cure. Drugs currently used to treat Alzheimer’s don’t stop the progression of the disease but may reduce the cognitive symptoms. So, what remains the point in the prompt diagnosis then? On average, Alzheimer’s patient lives for 4-8 years after diagnosis. But this time span can be extended to 20 years depending on other factors. Early diagnosis helps in improving the quality of life of the individual. Additionally, people can perceive what’s ahead in their lives and can plan accordingly.

Rebecca Edelmayer, director of scientific engagement at Alzheimer’s Association says that the Spinal tap is the only approved diagnostic test available at this point in the market. But the anticipation is, there will be numerous diagnostic tests available soon.