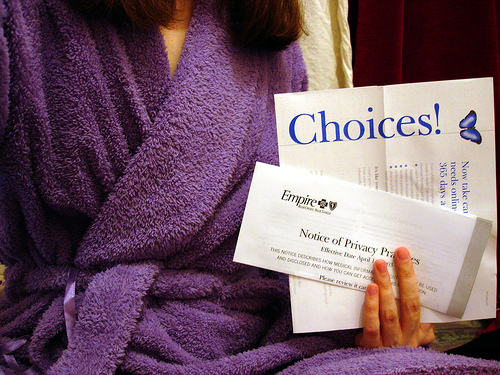 When the Affordable Care Act passed, there were certainly many people out there that breathed a sigh of relief that this fight was finally over. Then came the numerous attempts by the GOP to dismantle the ACA, but it came to nothing, and things quieted down (at least for now). No one could be blamed for thinking that perhaps this was the end of the drama, and that, aside from a few hitches and glitches, the dust could finally settle and topic of health insurance could fade into the background.

Nope. That’s not the case. It looks like 2015 may see increases in health insurance premiums and in some cases those increases may be characterized as “significant”. Here’s what you need to know about these possible changes.

Why Will There Be Increases?

Although the Affordable Care Act has helped many people in getting insured, it comes at a price. Starting in January 2015, ACA mandates will kick in, requiring companies who employ 100 people or more must provide health insurance, or suffer penalties.

This means more people must be covered, and that means more costs, costs that will be passed on in part to employees. After all, that money has to come from somewhere, right?

Also, the way that the ACA determines subsidies will change, and it’s based on the cost of the benchmark plan. If you got a plan in 2014 that cost $200 a month, and that is the benchmark plan, you pay $50 a month and the government subsidizes the other $150. However, the following year, your plan is no longer the benchmark. The benchmark has gone up. If you automatically renewed your old plan (which let’s face it, most people tend to do), it will cost more, the subsidy remains unchanged, and the difference will have to be made up by you. More details can be found in the article “Health Insurance Costs May Change Drastically Next Year”.

How Much Will These Increases Be?

According to a recent and still ongoing Mercer survey, employers are predicting a health benefit cost increase of around 3.9% per employee for the new year. That assumes that the businesses surveyed are actually taking actions to manage the costs. If the respondents don’t plan on making any changes, the increase is more like 5.9%.

It doesn’t help that, according to a report from Pricewaterhouse Coopers Health Research Institute, health care costs themselves are expected to increase around 6.8 percent. Although not all of that will be passed on to the consumers, it’s a fair assumption that we will be shouldering some of that burden.

What Can We Do?

As is the case in many things in life, being informed helps reduce untold amounts of pain. In this particular instance, it means being a smart consumer and shopping around for the health plan that best suits your lifestyle needs. It may very well be possible to switch to a different, cheaper plan that your company offers if it’s apparent that you don’t need as much insurance as you originally thought.

You can make these changes to your plan during open enrollment, something which most companies hold in the fall, in preparation for the upcoming year. This is the perfect time to familiarize yourself with your company’s health insurance options, and make those changes.

If you’re just starting out in the workforce, say, just out of college, check out “What College Graduates Need To Know About Health Insurance” for a good idea of your options.

It’s no secret that health insurance costs are a hot button topic these days. And while it’s easy to simply blame the changes brought about by the ACA, it should be pointed out that before the act was passed, uninsured people would get treated in emergency rooms and usually not worry about having to pay much of anything. Unfortunately, nothing is free, and those costs were passed on to the rest of us. So, damned if you do, damned if you don’t. Since the health care industry is going to make you pay one way or another, you may as well have the peace of mind of good health care coverage, right?