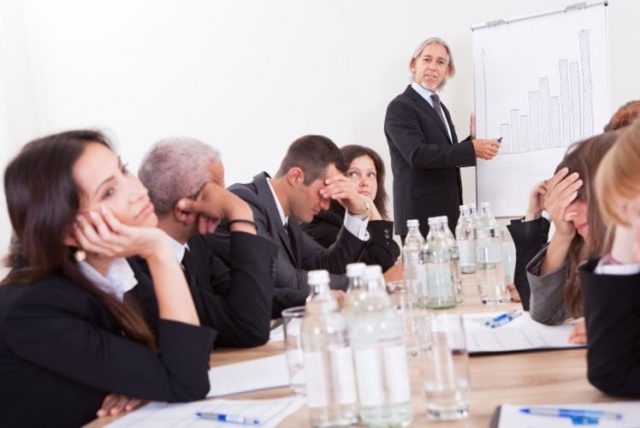 Many business leaders thrive well in good economy, but they have poor tolerance to risk and uncertainty. Business leaders have no proven capability, if they continue to get good sales on a day to day basis. Eventually, bad economic situations may emerge, causing sales to plummet and unusual actions may need to be taken. Ineffective business leaders don’t cover all areas of business and it is more likely for them to get stuck in the proverbial rut. Ineffective business leaders find comfort in routine and sameness. They are oblivious to the contant need to change and the constancy of change itself. Many big businesses, such as Nokia and BlackBerry were known as the market leaders in the mobile device industry; but due to their unwillingness to change, they have been effectively removed from the industry after the arrival of iOS and Android devices. Leaders are not effective if they the don’t keep their sense sharp and their ideas fresh. Stability doesn’t nurture courage and it’s a trait that is often needed by effective leaders to survive in a highly competitive world.

Ineffective business leaders are known for the lack of specific traits, such as charisma, empathy, team orientation, intuitiveness and high energy. They are not able to see their visions and goals through to the end. Leaders who lack the energy are unable to stay focused and alert in a dynamic marketplace. Even a moderate obstacle could cause them to stop longer than necessary. Poor leaders are not aware of their weaknesses and strengths. High level of intuitiveness is needed if business leaders want to be highly effective. Poor logic and reasoning won’t be able to get people through the situation and they are not able to depend on their own gut and instincts to get their job done. Ineffective leaders are not known for their maturity and excell in ensuring team orientation strategy. Some leaders can be so ineffective that they are as good as their worst employees. Negative teamwork environment is also something that ineffective leaders won’t address effectively. Ineffective leaders are often not charismatic and they are not able to show empathy.

Ineffective leaders see the world only from a single, narrow perspective. They are able to relate to different individuals on different levels. If we want to build trust, we need to be able to empathize with customers and understand them. This can’t be achieved if leaders don’t have the charisma and empathy. Ineffective leaders are not able to determine how far they can go as effective leaders. The use of timing and persistence is one key element that is not found in ineffective leaders.They are not able to understand their own weaknesses and strengths. They could be so familiar with their inner circle that they have problem with public speaking. Business leaders are able to improve their capabilities by joining any leadership development program in the area. They should know how to deal with the human development project. Effective leaders are able to achieve greater financial success, especially in an industry that’s fraught with opportunities and challenges. The highly competitive marketplace requires enough devotion and dedication.