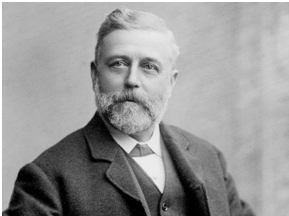 Sorry for the rude title. But is it rude? When you decide that you need to take “a crap” then you are in fact honoring and remembering a very inventive man whose inventions have meant a dramatic change in human behavior and its attitude towards public and personal health and certainly saved it from a very smelly life. It’s wrong to use the C word as a way of describing something as being rubbish when you consider what Mr. Thomas Crapper has done for us. Allow me to explain.  Crapper was a Plumber by trade first and foremost and he would probably have dealt with a few emergencies in his time. There are unfortunate times when we need an Emergency Plumber Gloucester or in any other part of the UK. Try these people next time you find yourself in a jam http://www.hprservicesltd.com/emergency-plumber-gloucester/

Back to Crapper. First off let’s clear something up, just as he and his team no doubt had to do. The vulgar word “Crap” is a shortening of the great man’s name. Just consider that for a moment. This person has had a such a massive effect on the way we go about our natural functions that his very name has become a word to describe the event. The downside is that, like the Sword (you know the one rhymes with “hit”), Crap has come to me3an everything bad and is seen as the less rude, but still unpleasant version of than the aforementioned Sword. It’s the acceptable version in polite(ish) company.

Before the Crapper toilet, the whole business of doing one’s business was a rather unpleasant and time-consuming affair. It was time-consuming because you have to dig a very big whole to contain your effluent refuse and then contrasted a wooden seat over it. The problem here is that after about 4 or 5 uses the place stinks. The poo doesn’t go anywhere though it does provide excellent nutrients for the soil. No wonder our ancestors thought that virus and disease were spread by bad smells. The other option was to chuck it into the river, creating a massive environmental hazard and poisoning the water supplier for people further downstream. Natures B-day for you, typhoid and diphtheria for them. Option three, and this was the only one for urban dwellers, was to do it in a bucket and chuck it in the street. If you go to Wells in Somerset you can still see the “picturesque” open drain system that was considered quite revolutionary as it carried the filth out into the surrounding countryside as long as you weren’t below the window it was chucked out of you were ok. For other cities, it was a case of waiting till it rained.

Crappers genius was the water closet. His ballcock system of a flushing toilet was a revolution. If you could afford it, or the local council was prepared to install them it meant that for the first time you could do the necessary and have it taken away. The way the water pushed the poo out into the underground sewers meant that the smell went away too .  Hats off to him. Now they just needed soft loo roll.