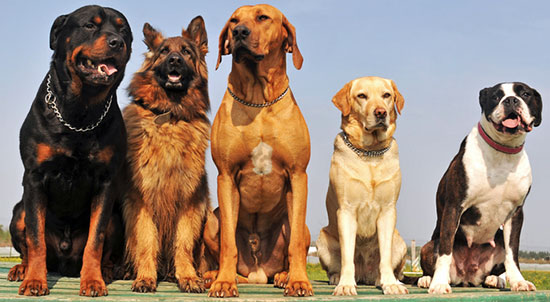 If someone gets bitten by a dog then the dog owner is responsible for its behavior. So, many dog owners have this question – if my dog bites someone then how do I get legal defense? There are some cases, when the dog owner gets legal protection.

If the injured victim –

Dog owner defenses differ from one state to another. Defenses depend on the kind of case filed. For example, dog owner’s responsibility may be on the basis of one-bite rule (the owner is aware that the dog will bite), and not under dog-bite statute (the victim does not have to prove dog owner is at fault).

Did the victim provoke the dog?

A dog owner can defend a lawsuit successfully by demonstrating that the victim incited the dog. People unaware about dogs can provoke them in many ways. Accidentally stepping on a dogs tail, petting its head when it is eating, superseding a dog fight or going near its territory are termed as provocation. This can trigger a hostile response.

Dogs in strange surroundings and strangers feel nervous and out of fright bite, if approached.

Did the victim knowingly take the risk?

To avoid responsibility the dog owner has to prove that the victim knew that the dog will bite, but took that risk voluntarily. For example, people like pet sitters, groomer, kennel operators, or veterinarians work with dogs are generally presumed to take risk of dog bite voluntarily.

Was the victim trespassing?

In majority of states, dog owners are not responsible, if trespassers get injured by their dog. A trespasser is a person, who ventures onto private property without some implied invitation (lack of warning signs and locked gates is regarded as implied invitation).

However, legal rules to determine whether dog owner is responsible for injured trespasser differs from one state to another.

Was the victim breaking a law?

A few dog-bite statute are valid only, if the injured person proves, he/she was not at fault. In some states, the victim has to prove that he/she was not doing something illegal, when the dog bit.

Was the victim careless?

In some state, injuries contributed due to victims own carelessness is eligible to get less money from dog owner. This principle is termed as ‘comparative fault’. In few states, careless victim recovers nothing from dog owner.