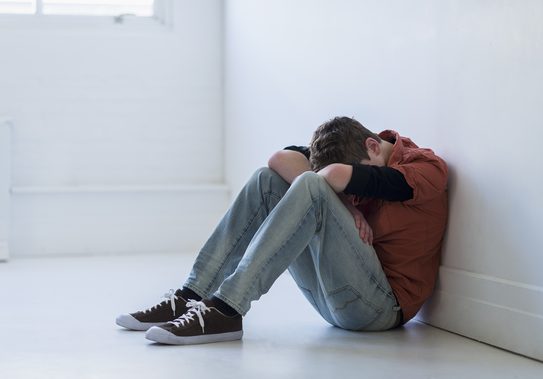 Statistics show that 1 in 7 people will suffer from symptoms of depression at some point in their lives. Depression is one of the major causes of disability in the world and around 140 million suffer from it. The World Health Organization foresees that this mental condition will become the 2nd most widespread disease in the world by 2020.

The standard treatment for depression is an antidepressant drug. But the problem with medication is that oftentimes, it comes with side effects especially if taken for long periods at a time. Brossard psychologists as well as other mental health professionals around the world have advocated therapy to help people manage their depression symptoms. There are also natural remedies you can try that have been found effective in improving its symptoms.

A person suffering from depression experiences persistent low mood to the point that it already affects his or her daily life. There are several possible causes of depression, including:

Depression can occur at any age, but it often develops during adulthood particularly during the middle age period as well as during the twilight years. People suffering from serious medical conditions like Parkinson’s and cancer are also more prone to becoming depressed.

Individuals with a family history of depression can also be susceptible to this mental illness.

There are several symptoms that are often associated with depression, including:

The standard treatment typically involves psychotherapy and medications. The most commonly prescribed medication is SSRIs or selective serotonin reuptake inhibitors, such as Zoloft, Prozac, and Lexapro. But while these drugs do work, they merely suppress the symptoms instead of curing it. Once you stop taking your medication, the symptoms will most likely come back.

Moreover, antidepressant medications have been known to cause serious side effects such as suicidal thoughts, changes in personality, and even weight gain. Drugs like SSRIs also trigger neurotransmitter degradation that triggers brain changes.

Counseling can be an excellent treatment for depression and talk therapy have helped tens of thousands of people get out of their depressive state. There are also natural remedies that have been found very helpful in eliminating the symptoms of depression.

Your food choices affect your mood. You need to eat foods that enhance your brain’s neurotransmitters, which regulate your energy levels and mood. Healing foods like those rich in Omega 3 fatty acids as well as fruits and veggies can be transformative and beneficial to your mind and body.

Eating refined sugars and carbs has been found to promote feelings of sadness because these foods trigger the release of serotonin, which can improve your mood temporarily but will only make your depression symptoms worse.

For proper neurotransmitter function, you need lots of Omega 3 fatty acids, which are found in fish oil. Studies have shown that omega 3s are essential in the treatment of depression associated with bipolar disorder. You can take fish oil supplements to ensure you’re getting sufficient amounts of omega 3s.

Vitamin D supplementation is considered a natural depression remedy because it works similar to antidepressant drugs but without the side effects. Vitamin D, particularly D3, effects brain function and a deficiency can lead to mood disorders, including seasonal affective disorder (also known as winter depression).