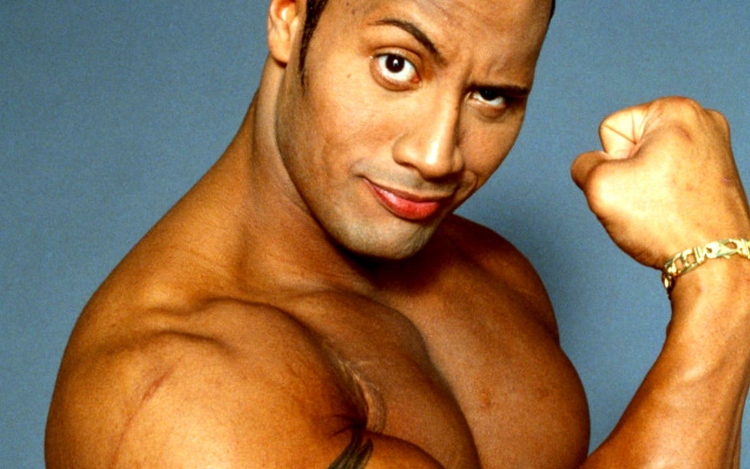 Dwayne “The Rock” Johnson first came to fame as a professional wrestler before broadening his appeal as a film actor. From his debut as the Scorpion King in “The Mummy Returns” to his success in the “Fast and the Furious” franchise and comedies like “Central Intelligence”, Johnson has proven himself as a serious draw. It’s no surprise Johnson was the highest paid actor of last year.

If there’s one thing Johnson will be remembered for above all else, it’s his muscles. At 44 years old, Johnson still boasts an impressive physique. In 2013, he starred alongside Mark Wahlberg in “Pain & Gain” as a steroid-addled bodybuilder turned criminal. It only seems fair to wonder if Johnson was as juiced up as his character.

During press rounds for the Michael Bay directed film, Johnson was asked by USA Today’s Bryan Alexander about steroid usage during the film. Johnson swiftly denied any use of steroids while filming, as did his co-star Wahlberg.

While Johnson denies using steroids currently, he has admitted to using them in his past. As a football player at the University of Miami, Johnson said he tried steroids with teammates. “We didn’t know what we were taking or if anything worked,” Johnson said.

If Johnson copped to using performance enhancing drugs to prepare for that role or any others, it would be dispiriting, but not entirely unheard of. Arnold Schwarzenegger has admitted to using steroids in the past. However, the use of steroids by famous figures, particularly athletes, has become much more widely scrutinized in recent years. There is a long history of substance abuse in sports and film, often requiring intervention with addiction treatment.

For most of us, we can only hope to see the kind of money that these actors make if we magically manage to hit the lottery. That said, it’s understandable to see the speculation applied to these guys under a microscope, with every little move they make being judged and digested by the masses. For now, we still take most of them at their word until other proof is publicized.