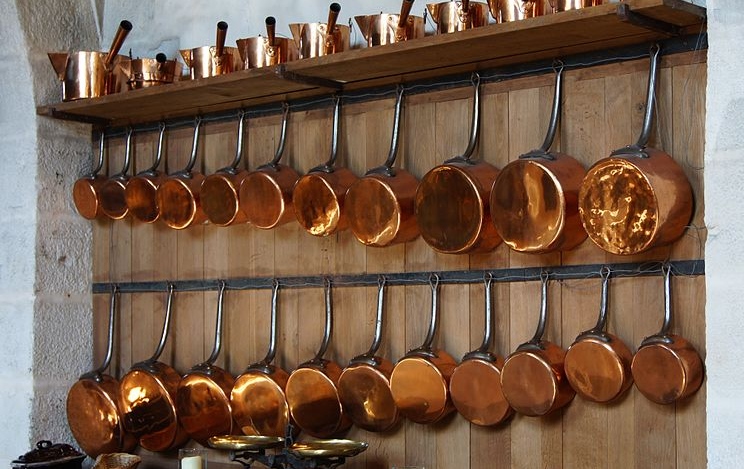 The modern kitchen is equipped with a variety of pots and pans to suit various cooking methods. Our cookware is made of a variety of materials and all we have to do is select a suitable vessel, turn on the cooker and we can make pretty much whatever we wish. It is easy to take our pans for granted but people weren’t always that lucky. How did the people of ancient civilisations manage to cook and what is the history of the humble saucepan? 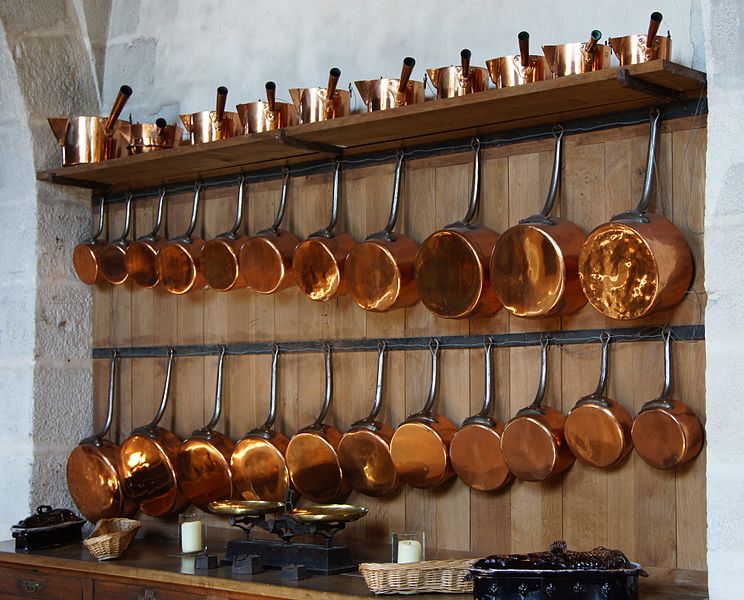 The very earliest cooking methods are a matter of conjecture as the history of cooking can only be established by the recovery of artefacts. As cooking would have begun without the use of pots there is little evidence to recover regarding man’s ancient methods but we can surmise that food would have been covered with leaves or inserted into bamboo and then placed over hot stones or a fire.

Turtle shells showing signs of contact with a heat source have also been found suggesting these were also used to cook.

The first actual cooking vessels for which evidence has been recovered date from as long ago as 9000BC. These were ceramic vessels which were to remain the primary means of cooking until the 17th century. Metals have been used by man for several millennia but for weapons, tools and decorative artefacts.

The first metal to be utilised was copper and during the Bronze Age cooper alloys like bronze (copper and tin) were used but the costs were prohibitive and so ceramics dominated in cooking. Metal pots from Roman times have been recovered but it wasn’t until much later that metal pots and pans became a common feature of the kitchen in western civilisations.

Even in the 17th century metal pans were extremely costly, too costly to simply discard when broken and so pans were taken to Tinkers for repair. Not every metal is suitable for pans as the material must be nonreactive and therefore non-toxic to humans and not able to alter the taste of the food. Copper is an excellent material for pans and conducts heat evenly but is very expensive and so stainless steel, cast iron and aluminium are popular choices today.

Arguments still rage about which is the best material to use for pans as each metal has a unique set of properties. Compared to our forebears we at least have an impressive choice.

In 1938 a further development changed cookware forever. Scientist Roy Plunkett was researching the possibilities of new refrigerants and was working with tetrafluoroethylene. He left the substance overnight and was surprised to return to find a solid which was extremely slippery. His accidental discovery was polytetrafluroethylene (PTFE) which his company Dupont developed into a coating and branded it Teflon.

Later French engineer Marc Gregoire found a way to bond the material to aluminium. He started selling cookware and established his company which he named Tefal. The era of non-stick cookware was born.

For thousands of years humans were cooking in ceramic pots. Even after metals were discovered their use was too costly and so little changed until comparatively recently. Our modern cookware is the result of human ingenuity, advances in manufacturing processes and the discovery of new materials. One wonders what will happen next.

Sally Stacey is a keen writer and business owner who divides her time between writing and running her shop.